It’s July and time to celebrate the beginning of summer. There is plenty of Las Vegas news to talk about, so let’s get right into it, starting with where to see fireworks on Monday.

Where can I see fireworks in Las Vegas?

Independence Day falls during the first week of the month, and casinos throughout Las Vegas will have fireworks shows.

Only one casino on the Vegas Strip will have fireworks on July 4 this year. The good news is that the show will take place above Caesars Palace, which is right in the center of the Vegas Strip.

The Caesars Palace fireworks show is scheduled for 8:30 pm on July 4. These fireworks can be viewed outside of Caesars Palace and across the street in front of Flamingo, The Linq, and Carnival Court next to Harrah’s.

If anyone is looking for a birds-eye view of the action, there are special packages for the High Roller observation wheel at The Linq.

There will be fireworks above the Plaza in downtown Las Vegas at 9 p.m. on July 4. The casino will open its pool deck for viewing. Guests can also watch the show outside of the casino on Main Street.

Legacy Club, the rooftop lounge at Circa, will have a firework viewing party from 8 p.m. – 10 p.m. This will cost $100 for two hours of open bar and space outside to watch the fireworks.

Lastly, Station Casinos will have fireworks at all six of its open casinos throughout the Las Vegas valley at 9 p.m. on July 4. Fans of fireworks shows can head away from the Vegas Strip to watch fireworks outside of the following casinos.

Each of the casinos will have parties to go along with the fireworks shows. You can find information for each casino here.

There are always residency shows in Las Vegas. Some months are busier than others. July is one of the slower months this year.

Journey will be playing five special shows at Resorts World Las Vegas. The group will be performing with a symphony orchestra on July 15, 16, 22, and 23.

Lionel Richie is returning to Wynn for a couple more shows on July 2 and 3. He’ll return to Wynn in August and October for six more shows each month.

Maxwell will be making a rare appearance in Las Vegas in July. The R&B singer is performing at Wynn on July 27, 29, and 30.

Morrissey is returning to Caesars Palace in early July for another handful of shows. Morrissey: Viva Moz Vegas will take place at the Colosseum on July 1, 2, 6, 7, and 9.

Billy Idol announced he’ll be returning to The Cosmopolitan for another series of shows. His previous shows in 2021 all sold out, so anyone interested in seeing Idol should grab tickets sooner than later. His shows will take place at the Chelsea Theater on Nov. 11, 12, 16, 18, and 19.

Las Vegas’ own Imagine Dragons don’t have a residency to announce, but the band does have a new video with lots of Las Vegas eye candy. They stop in Vegas on their Mercury World Tour on Sept. 10. 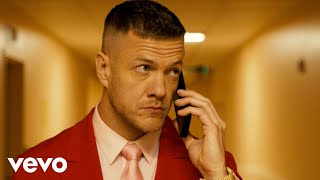 While there aren’t many musical residencies in Las Vegas in July, there’s plenty of standup comedy to see throughout the month. Some of the biggest names in comedy are hitting the Vegas Strip in July.

As June was coming to an end, John Mullaney announced he would be taking his upcoming tour to T-Mobile Arena on Sept. 16.

Allegiant Stadium will be hosting some of the most popular soccer clubs in the world this month.

Las Vegas is becoming one of the most important cities in the country for international soccer fans. It’s somewhat ironic that the city pulled its bid to host World Cup events in 2018.

Dining roundup to visit in Vegas

It’s been a couple of months since we’ve had an update on new restaurants on the Vegas Strip. Some of this may be a little older but finding a new restaurant to try is always a fun part of visiting Las Vegas.

Caesars made sure to have some of its newest eateries open in time for the World Series Of Poker at Bally’s and Paris. The world’s largest poker tournament will continue until July 18.

There’s a rumor swirling that Burger Brasserie inside Paris, close to the entrance to Bally’s, will close soon. A new Guy Fieri concept appears to be the replacement.

Speaking of Caesars’ properties and celebrity chefs, The Linq now has The Boss Café by Buddy Valastro. The Cake Boss also operates Buddy’s Jersey Eats food truck next to the sportsbook.

The Park, located outside of New York-New York, has two new restaurants. Nusr-Et Las Vegas is finally open after being teased since before pandemic. You may be more familiar with Nusr-Et as Salt Bae.

Top Round is now open at The Park. The roast beef sandwich chain took over the space formerly occupied by Bruxie.

The Las Vegas casino rumor mill is constantly swirling. Sometimes the rumors turn into news, and other times they just hang around and don’t go anywhere.

Towards the end of June, @VitalVegas on Twitter shared a rumor that Money, Baby at Virgin Hotel Las Vegas would be closing. Less than a week later, the sports bar closed.

Funny how that works. There’s no news on what will replace the sports bar or if Virgin will ever open its Betfred Sportsbook.

It appears as though MGM Resorts is increasing the smoking fee at some of its Vegas Strip hotels. This sign shows that MGM Grand will charge $1,000 for smoking in a room. Another sign shows New York-New York will add a $300 cleaning fee for those smoking in their hotel rooms.

There was no sign of a large cleaning fee for smoking in the NoMad hotel room at Park MGM when I stayed at the property recently. Perhaps that’s because Park MGM is an entirely non-smoking casino.

Unrelated to the news and rumors this month, it’s amazing how much easier it is to breathe at a casino that doesn’t allow smoking. This was my first time staying at Park MGM, and it won’t be the last.

The Plaza in downtown Las Vegas recently shared some renovation plans. The casino will have a new smoke-free Brian Christopher slot machine room. Plaza will still allow smoking on the main casino floor.

MGM Resorts’ deal to buy operations of The Cosmopolitan closed in late May. There haven’t been many changes to the property yet, but they’re coming.

The Cosmopolitan has a new General Manager, and some executives from the prior operators have left the company. We’ll know MGM Resorts has completely taken over Cosmopolitan when they switch to single-ply toilet paper in all bathrooms.

Golden Nugget owner Tillman Fertitta purchased some land on the Vegas Strip in April. The sale closed in June with no news on his plans to build. However, it does appear there will be a new casino across the Vegas Strip from Aria someday. Stay tuned!

The current management at Caesars has been discussing selling a Vegas Strip casino since taking over. Word on the street is that the company is trying to sell Flamingo for $1 billion or more.

Numerous rumors have been swirling about a potential buyer of the historic casino. Add Phil Ruffin to the mix as a possible buyer.

The owner of Circus Circus and Treasure Island is a notorious bargain hunter. It would be surprising to see him pay top dollar for the iconic property, but ya never know!

Speaking of Circus Circus, the family-friendly casino on the north end of the Vegas Strip has a new pool. You can see a before and after video here.