We’ve been talking about the return to normal for Las Vegas for a few months. That may have hit a peak during the July 4th weekend. The massive fireworks show on the Vegas Strip was the end to a weekend that included the first concert at Allegiant Stadium (where the Raiders play) and the official grand opening bash with Miley Cyrus at Resorts World Las Vegas.

Visitors coming to Las Vegas for a weekend vacation are just part of the mix in tourism for Las Vegas. Conventions are returning to Las Vegas. In June, the World of Concrete was the first large convention to return to Las Vegas. This was also the debut of Elon Musk’s Vegas Loop people mover system.

Smaller conferences and conventions are also returning to Las Vegas. Between the tourists and business travelers, Las Vegas feels like it’s about to burst. Weekends are packed and the weekdays are starting to get busier than more than a year.

COVID-19 is still here and the experience is different for some people. However, the consensus is that Las Vegas is as close to the pre-COVID experience as ever.

While the return of visitors to Las Vegas is great, it comes with a downside. Hotel room rates are beginning to rise. That’s simple supply and demand. This isn’t new for Las Vegas. More people visiting usually means higher hotel room prices are.

The amazing thing is that all of this is happening while shows and restaurants are still reopening.

More visitors have been returning to Las Vegas every month this year. While amenities are slowly returning, the casino games have been operating for more than a year since casinos closed to slow the spread of COVID-19 last year.

In May, Nevada casinos saw a record “win” of $1.23 billion. When casinos “win” money, it means gamblers are “losing” money. The record win for casinos can be chalked up to a few things. More people are visiting Las Vegas with more money to spend. After all, many people visiting Las Vegas may not have been spending money at home while staying away from traditional local recreational venues like movie theaters and restaurants.

Additionally, May was the last month of limited capacity for casinos. Fewer positions at table games often called for higher minimum bets. More money wagered on games with a house edge means more money to the house (AKA casinos).

Pent-up demand is real but it’s important for gamblers to remember to keep track of spending. It’s easy to go over budget when personal excitement is mixed with Vegas energy that may or may not include adult beverages.

Las Vegas buffets are back! (sorta)

During the peak of the COVID-19 pandemic, all buffets in Las Vegas closed. Not all will reopen as casino operators access the profitability of this kind of eatery. The following buffets are now open in Las Vegas:

The buffet at South Point was the first to reopen and is one of the few that has returned to casinos away from the Vegas Strip.

Boyd Gaming, Caesars and Station Casinos have hinted that many, if not all, buffets won’t reopen in the future.

Resorts World Las Vegas held its soft opening in late June. Its grand opening was on July 4th. The casino is what you’d expect on the Vegas Strip. It’s a mega-resort property with plenty of drinking, dining, partying, and gambling options. The two hotel towers and casino sit on 88 acres of land.

There’s already talk of the Resorts World expanding. The original renderings of Resorts World had seven hotel towers so this isn’t entirely unexpected. Keep in mind the groundbreaking for construction started in 2015. There’s plenty of empty space on the land ready for a new addition.

The Resorts World casino has more than 117,000 square feet of gaming space. There are about 40 restaurants and bar along with a dayclub and nightclub that already seem to be a hit thanks to artists like Miley Cyrus and Tiësto performing.

Casino sales just aren’t what they used to be. The transfer of ownership doesn’t mean a new operator will take over. MGM Resorts recently announced the sale of Aria and Vdara.

There’s not much to see here. MGM will continue to operate the properties under long-term leases. This was a real estate deal similar to Bellagio, Mandalay Bay and MGM Grand.

One just announced a residency and the other may have one announced shortly. Sammy Hagar recently announced his Las Vegas residency at The Strat. The first 12 shows in October and November sold out in two hours. More shows in the 800-capacity theater have been added.

Garth Brooks is playing a sold-out concert at Allegiant Stadium on July 10. He could be returning to Las Vegas for a residency in the future. Rumor has it that Caesars and MGM Resorts are in a bidding war for a residency with the country music superstar.

Venues continue to open and close all around Las Vegas. Delilah Lounge & Fine Dining opens at Wynn on July 14. This will be a modern-day supper club similar to those that existed in the 1920s. A modern Las Vegas comparison would be to Mayfair Supper Club at Bellagio.

The World Series Of Poker (WSOP) will return to Caesars-operated Rio in late September with a full schedule that includes the return of the November Nine. Meanwhile, Caesars is preparing to close one of its poker areas on the Vegas Strip. The Planet Hollywood poker room will fold on July 11.

Rhumbar at The Mirage will permanently close on July 25. A new “ultra lounge” concept will open in the space before the end of the year.

The NBA Summer League will return to Las Vegas in August. This pro basketball event is a great value for customers. As the website says “Enjoy up to 8 games a day for less than the price of a Las Vegas buffet!”

The Global Gaming Expo (G2E) is coming back to Las Vegas in October. While this is an industry event, it’s important for gamblers. This is where casinos buy new slot machines and table games. The return of the in-person event should bring new entertainment to casinos sooner than later.

Las Vegas is going to the dogs!

Wynn Las Vegas is becoming more of a family destination. The luxury property once had a no strollers policy to keep very young children away from the casino floor. That went away a few years back. The property allows strollers and recently changed its policy on pets. 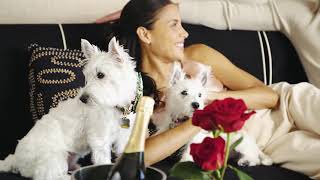 Guests can now bring their pups to Las Vegas as long as they stay in the Encore tower. But bringing a pet along isn’t cheap. There’s a $125 fee per night for dogs to stay at Wynn.

Caesars, Cosmopolitan and MGM Resorts offer dog-friendly rooms for a fee as well.

Budget-conscious dog lovers might want to consider staying at Virgin Hotels Las Vegas. The hotel located just off the Vegas Strip doesn’t charge a fee for dogs to stay. The hotel also has beds for the pups along with food and water dishes. Virgin Hotels bandanas are also available.

New Year’s Eve will be here before you know it. There may be reasons to visit Las Vegas sooner but hotel rates are already rising around town and it might be time to start thinking about plans for next year.

Casinos are already starting to plan for 2022 and so should anyone planning on visiting for major events. The year starts with CES at the Las Vegas Convention Center from Jan. 5-8. Prior to COVID-19, this was one of the most expensive weeks of the year for hotel rooms.

Super Bowl LVI will take place on Feb. 13 and casinos are starting to plan viewing parties. This is one of the busiest sports weekends of the year in Las Vegas. This is a date that football fans will want to keep an eye on. The NFL Draft will finally get its chance for a Vegas event, set for April 28-30.

While thinking about 2022, sports fans might want to start planning for March Madness. The first weekend takes place March 17-20. While parties won’t be released for a while it might not be too early to hold rooms or cabanas for the tournament.