The 4 Key Stats to Trust for March Madness Picks

March Madness is anything but predictable. They call it madness for good reason. That said, entering March Madness bracket contests requires you to reasonably predict what will happen in 63 different college basketball games.

Great picks typically start with great research and a long hard look at the 64-team NCAA Tournament field. But what exactly should you look for?

It’s hard to quantify how much the emotional high of winning a conference tournament will spur a team on or the real value of one winning streak heading into the NCAA Tournament over another. Instead, you want some hard numbers to look at – and we’re talking about more than just the seeding here.

We’re talking about stats; the kind of numbers that never lie. We’ve got a look at the most important stats to consider when betting on March Madness.

Back in 2004, basketball statistician and former Sacramento Kings analytics director Dean Oliver developed what he called the “Four Factors of Basketball Success.” 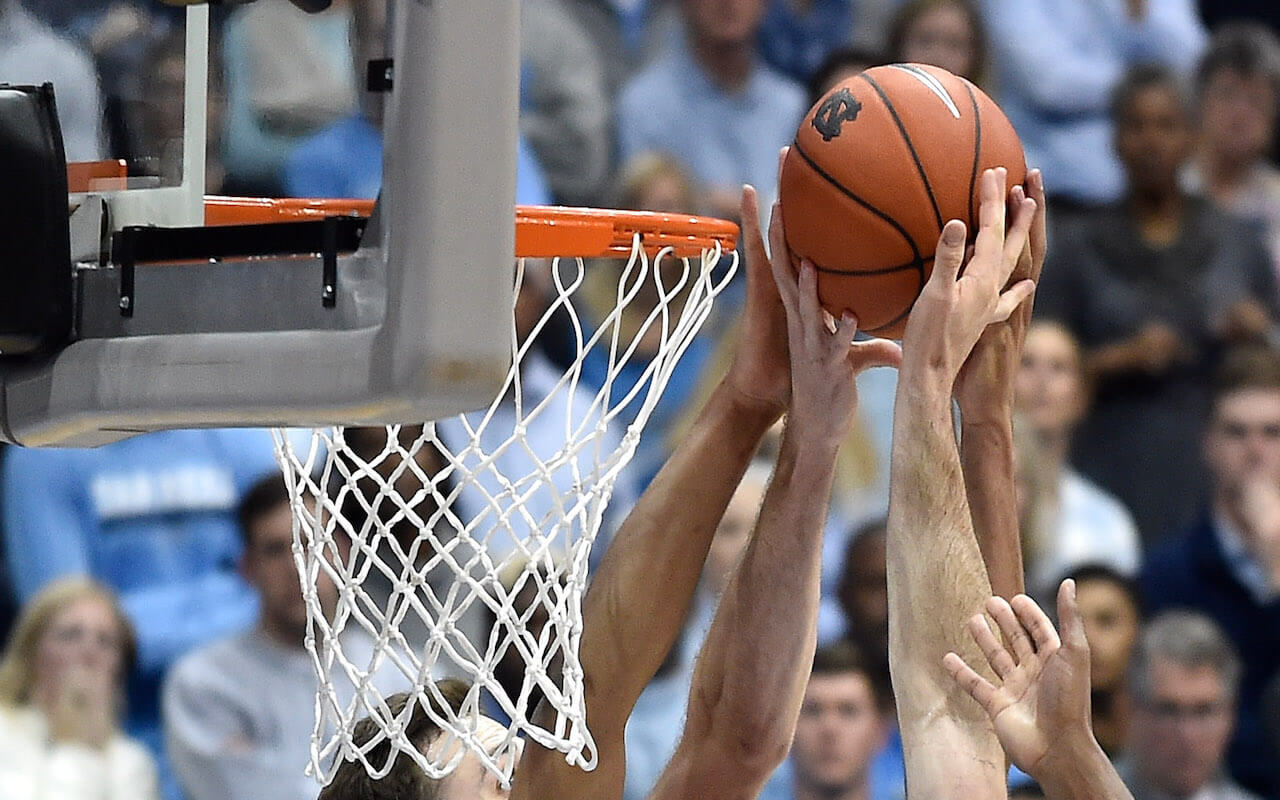 What are these four factors? In short, these are four key analytics experts think are more connected to winning than anything else in the game of basketball. They are, in simplified form:

Oliver’s work primarily focused on NBA stats, but in 2018, Sporting News applied it to March Madness and looked at how well the four factors predicted how well teams would do in the NCAA Tournament.

They looked at eight offensive and defensive stats. Each were allocated different weights to come up with a “Four Factors Score” for all 68 teams in the NCAA Tournament field ahead of the First Four games. Then, they used the scores to rank the teams and suggested the rankings could be used to help build a better bracket.

How the 4 factors affected the 2018 Final Four

Villanova, Michigan, Kansas, and a Cinderella team, #11-seeded Loyola-Chicago, made the 2018 Final Four. Villanova beat Michigan in the National Championship to win its second title in two years.

Was it perfect? Far from it. Did the Four Factors Score rankings help anyone build a better March Madness bracket? Maybe. But are the stats used to build a team’s Four Factors Score a decent predictor of possible NCAA Tournament success? Perhaps they are.

What are the specific stats considered, and how are they weighted when building a team’s Four Factors Score? The stats and weights the Sporting News used included:

Forty-four of the top 68 teams in the Four Factor Score rankings got in the NCAA Tournament in 2018. That’s 66%. And only two teams in the Top 20 did not get in; numbers that are comparable to other popular ranking systems.

So, why did the Four Factors Score rankings swing and miss on the 2018 Final Four? Because March Madness is anything but predictable.

Still, the teams that did make the 2018 Final Four scored high enough to help the Four Factors Score rankings prove stats based on Oliver’s Four Factors of Basketball Success are important to consider when betting on March Madness.

That means, whether you’re betting on individual March Madness games or putting together a March Madness bracket contest entry, you should take a good look at each team’s:

Another little sports publication that could, Sports Illustrated, took a look at how historical sports betting analytics should inform March Madness bracket picks ahead of the 2019 NCAA Tournament.

They tried to find the stats connecting the past 18 National Championship winners and teams that were victims of an early March Madness upset over the past two decades, looking at everything from momentum to turnovers. SI considers mostly the same stats outlined above, providing even more proof (through historical analytics) that these are the stats you should be concerned with when betting on March Madness games or filling out a March Madness bracket.

Related Articles: How Do Undefeated Teams Do In March Madness?

Profile of a Champ

Its “Profile of a Champ” was based partly on a previous SI article identifying four key factors most of the past National Championship winners share, including:

If this sounds familiar it’s because it should be. Most of the stats that determine these four factors are part of the Four Factors Score and ranking listed above. While SI found that National Championship winners often stray from one category or another, the core of most winning teams fit the profile.

Next, SI dove into the hottest debate in sports, asking if momentum is real or not. As we said earlier, momentum is hard to quantify and near impossible to turn into a statistic. That said, there must be stats that teams that appear to have momentum seem to share.

Unfortunately, SI does not identify them here. Instead, its momentum debate devolves into a discussion about national rankings, how the analytics site T-rank, lets you view ranking by specific date period and where National Championship Game participants ranked in the month and a half before the tournament.

What they found is that from 2015-2018 every National Championship game participant was ranked in the top six. As an attempt to put a number on momentum, it’s not a bad one. But it still doesn’t give you much of a stat to base your March Madness picks on.

In other words, great defensive teams that can’t score and high-powered offensive teams that don’t make the effort on D. Apparently, Extreme Teams make the NCAA tournament at a high clip, but never win the title and rarely end up in the Final Four.

Unfortunately, this doesn’t give us a new stat to consider when betting on March Madness. However, it does give us a unique way to look at the offensive and defensive efficiency stats we’ve already identified as ones to watch.

Finally, SI identifies the biggest red flag stat of them all: Turnovers. They even claim turnovers correlate to a certain level of March Madness success as much as almost anything else. It backs the claim up by pointing out that almost 70% of all Final Four teams since 2002 finished the season ranked in the top 100 in turnover rate.

Of course, we already know turnovers are one of Oliver’s Four Factors of Basketball Success and an important stat to consider when betting on March Madness.

For more, here’s a link to the SI article. 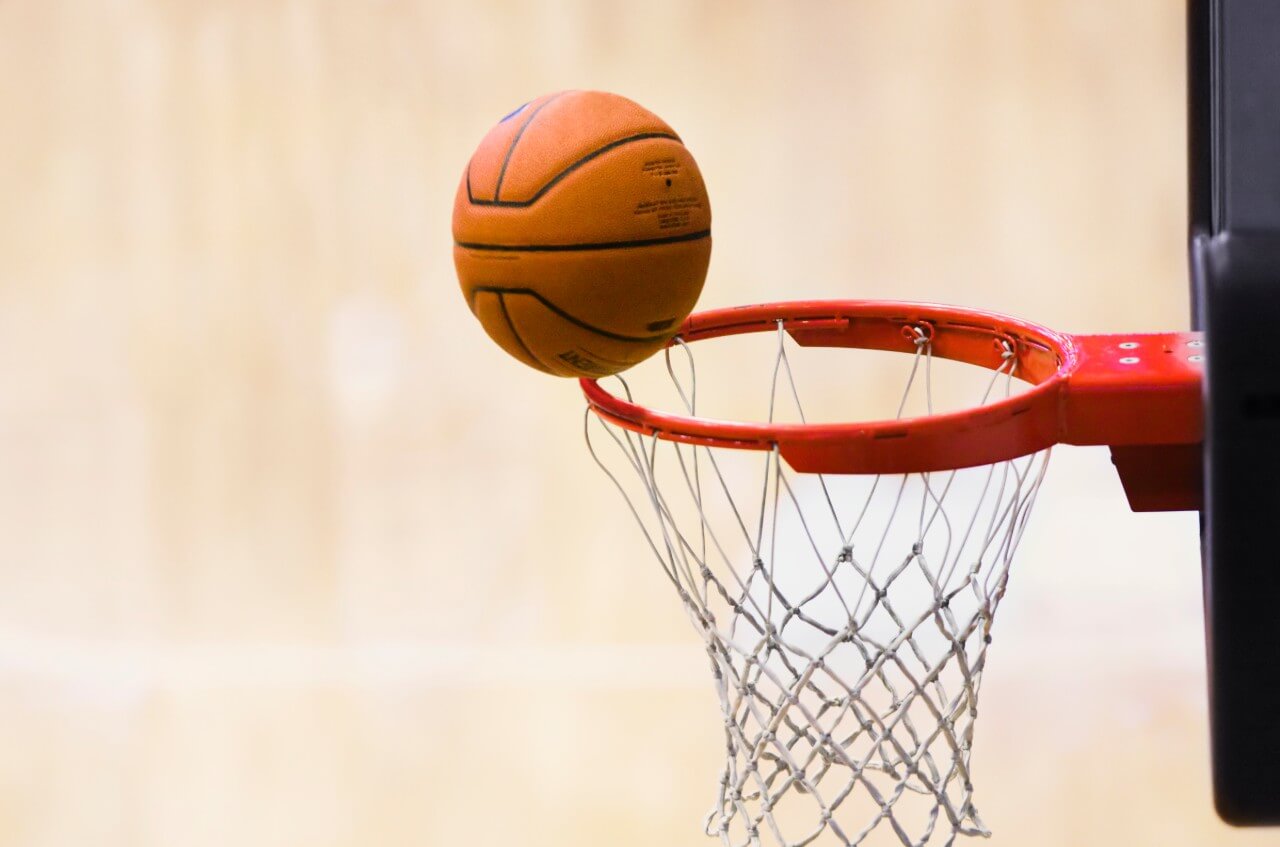 Here’s a look at two more March Madness stats you should probably keep an eye on when researching NCAA Tournament teams:

One of Oliver’s Four Factors of Basketball Success is shooting. The Sporting News’ Four Factors considers Effective Field Goal Percentage, which takes into account the value of the three-point shot. And, while Sports Illustrated’s “Profile of a Champ” says most have a relatively low reliance on three-pointers, that doesn’t mean winners don’t shoot the three well.

Saying a team doesn’t rely on the three as much only refers to how many threes they shoot, not how well they shoot it. The fact is, three-point shooting is becoming a bigger part of the college basketball game all the time. Villanova won the title in 2018 and 40% of the team’s scoring came from beyond the arc. They also shot 41.1% from three and wouldn’t have won the title without such a strong 3-point shooting percentage.

The bottom line is shooting is an important factor to consider when making your NCAA Tournament picks and 3-point shooting percentage is not the kind of stat you can ignore.

Margin of victory may not be the most obvious stat to consider when betting on March Madness, but it can certainly tell you something.

Teams that have a small average margin of victory may be more tournament-ready than others. They’re used to close games that come down to the wire and have a proven track record of beating the buzzer. These teams are nerve-tested and prepared for what the NCAA tournament is likely to bring to them.

On the other side of the coin, teams that have a relatively large average margin of victory have been crushing everyone. They don’t play down to the competition and barely scrape by the teams they’re supposed to beat. That makes them less likely to suffer a first or second-round upset and the kind of team you can count on early whether you’re building a bracket or betting on early-round games.