Someone has to be the first. And for the sake of the player and his legacy, the sportsbook partnerships and the money spent, and baseball and its reputation, a lead-off homer is crucial.

The right player should have multiple years of superlative play on their resume, negating young budding megastars like Vlad Guerrero Jr., Fernando Tatis, Jr., Juan Soto, and Ronald Acuna Jr. Being widely known matters, too. So does popularity.

Granted, the player will likely be disliked in some ballparks, if he’s that good. But he can’t be widely reviled or controversial, eliminating past and former Astros like Carlos Correa and Alex Bregman and the Dodgers’ Trevor Bauer.

And, said Kevin Mercuri, founder of Propheta Communications, “an edge” is required.

“They need to project an image of confidence with a hint of a ‘risk-taker’ baked into their personae,” he told PlayUSA.

“Sports betting in the United States has been widely marketed as a game of chance designed for intelligent risk-takers. Finding the right player with this characteristic will be a bit of a challenge, but it won’t be impossible. Marketing teams certainly have their work cut out for them in this regard.”

After consulting with branding and gambling industry stakeholders, PlayUSA found the starting 10. (Hey, everybody has the DH now).

1. Bryce Harper: As the 2021 National League Most Valuable Player, the Phillies right fielder quite obviously has a lot of credibility as a very good baseball player. He’s brash. He’s 29, right in that target demo.

A substantial amount of fans don’t love his antics and brash personality, but he’s a must-watch phenomenon, and that’s a great quality for a pitchman. But Harper has one trait that could self-exclude him from ever taking on this role. He’s a member of the Church of Jesus Christ of Latter-day Saints.

He abstains from alcohol and drinks very little caffeine. And Mormon theology is opposed to gambling. That said, it’s considered a lesser transgression than imbibing or taking drugs. The Las Vegas native hasn’t yet been asked whether he’d be interested in shilling for a sportsbook.

There’s a risk he’d consider it another clown question. But it just feels like he’s a Barstool brand ambassador waiting to happen. 2. Mookie Betts: This one works on too many levels. He was the MVP of the American League in 2018 with Boston and has an even better platform and multi-faceted game-changing ability now. His jersey sold more than any other player’s in 2021.

The 29-year-old is one of the best players in baseball. He plays with a passion for a great team in a massive market. And his name already sounds like a sports wagering company. Picture the billboards: “Mookie Betts with ______.” (But not on baseball!) 3. Mike Trout: The three-time American League MVP is a sure-fire Hall of Famer and exudes excellence and trustworthiness despite consecutive injury-plagued seasons.

He hasn’t exploited the sponsorship market like many of his well-compensated peers, but Trout could make up for that as a pioneer of a new revenue stream. 4. Xander Bogaerts: One of the best shortstops in the game. An offensive and defensive stalwart.

And at 29 in the prime of his prime, Bogaerts, to his detriment in multiple ways, was almost a complete no-show in a recent poll of the most popular contemporary baseball players as conducted by YouGovAmerica.

That hurts his stock. But he has the gravitas to pull this off. He claimed the 2017 Roberto Clemente Award vets his good-guy bona fides. At 32, he probably has some years left on the diamond, for now in a very high-profile situation, and can speak not only to a national audience but directly to the booming New York sports betting market.

He’s a safe, inoffensive choice. His YouGov ratings were very high among Millenials, and the gambling industry wants their business. 6. Shohei Ohtani: The Angels pitcher/designated hitter had the highest positive and lowest negative score in a first-quarter assessment of all active MLB players by Q Scores. He has work to do on his overall visibility outside the baseball vacuum, but he’s a burgeoning endorsement star that fans like.

7. Jose Ramirez: One of the top third basemen in the game, the 29-year-old Guardian was the second-most known MLB player in the YouGov poll (51%) and second in popularity (29%) among all adults. “Jose Ramirez could be a national star,” said Spotlight Sports Group senior vice president Rick Wolf. 8. Clayton Kershaw: The Dodgers left-hander, 34, has a wide spectrum of emotional range, with goofy, humorous, and raging all in his repertoire.

If he suggests a sportsbook, he would really freakin’ mean it. Atop his three Cy Youngs is a value-added 2012 Clemente Award. 9. Evan Longoria: Another no-waves choice here, and the numbers support him. Not necessarily the baseball numbers, though.

The 36-year-old has been a solid major league contributor since winning AL Rookie of the Year with the Rays in 2008, but he’s no megastar.

Still, according to the YouGovAmerica survey, he’s the third-most-popular contemporary baseball player with a 50% “fame” score and was liked by 28% surveyed.

Among men, who represent the vast majority of the national sports betting population, he stood at 62% and 37%, respectively. Gen X loves him, too. He tops there at 56% and 33%. Longo odds! 10. Tim Anderson: The 2019 American League batting champ is a consistent high-level performer at age 28 – a little underexposed nationally, though – and has no problem speaking his mind.

He deemed it “bull—-” in 2021, upon being ranked the 10th-best shortstop by MLB Network. Let this guy suggest your new sportsbook. 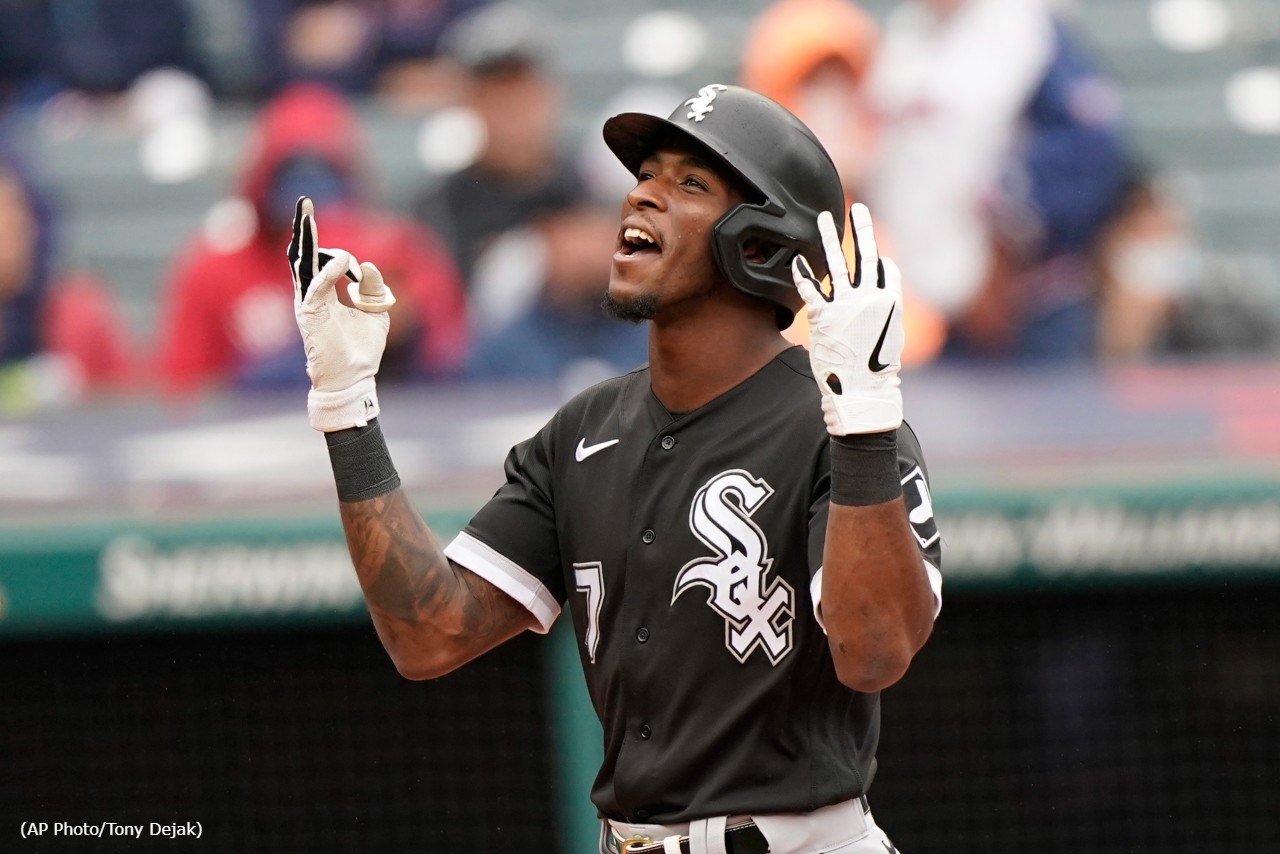 Signing any endorser requires an expected return on investment for the brand. And according to data provided to PlayUSA by Q Scores, the deal may not currently be a good one for legal sportsbooks in the United States.
Q Scores, which measures consumer appeal, doesn’t view baseball players as favorably as the YouGov study. According to the company, the familiarity level of the 15 most popular active baseball players in the first quarter of 2022 averages only 18%, which is well less than their NFL (33%) and NBA (28%) peers. That said, this group of baseball players brandishes less damaging ‘negative’ opinion scores on average than players in other leagues.

Ohtani leads all MLB players with a 33% ‘positive’ perception among those surveyed but is recorded as ‘known’ among only 13% of the population despite being named American League Rookie of the Year (2018) a Silver Slugger and league MVP (2021) as the first pure two-way player since Babe Ruth.

“Any use of these top 15 MLB players would require significant marketing support and a strategy that would serve to increase their national exposure on and off the field while taking care not to damage their consumer image,” Q Scores executive vice president Henry Schafer told PlayUSA in an email.

This could make regional ambassadors more appealing to sportsbooks, and Bally’s, which bought the naming rights to 21 regional sports networks owned by Sinclair in 2020, is well-positioned to exploit this opportunity, Wolf said.
“They have so many sports channels,” he added. “They could end up taking a Major League player in each one of their markets. And that could really end up exploding.”
Bally’s networks penetrate 12 different markets with MLB teams. Sports betting is legal and either underway or imminent in only its Arizona, Detroit, and Ohio regions, currently, though.
“In Detroit, Javier Baez is there.” Wolf said of the player ranked fourth in 2021 MLB jersey sales. “Maybe he’s a guy who’s off everybody’s radar who maybe should be, because, for Bally’s, he could really be taken advantage of.”
Ramirez fits that description in Cleveland, Wolf said, but “ he’s just kind of a shy guy.”
“He’s not like his former teammate [Francisco] Lindor. Lindor could be someone you could add to this list,” he continued. “He’s a fiery guy and a man of the people and he loves to change the color of his hair and make sure that people see him. So he would be a great spokesman for anything interesting. But for something like this, that he’d probably be a real good one.”

Although the criteria used to create PlayUSA’s list eliminated younger players because they hadn’t yet established a resume, Wolf felt the same conditions incentivized them to seek out sportsbook deals. The gloss of prospect status lasts only so long. Stats eventually matter. And there’s no promise of the type of payday Tatis, Jr., got at 22, Acuna Jr., got at 21 and the type Soto, 23, is seeking.
“You got your Bobby Witt Jr., guys like that, who don’t have their first [big] contract yet,” Wolf posited. “They haven’t had their bite at the apple. So when the big deal comes, they might be quick to jump at it. Plus [Witt is] squeaky clean. Dad was a Major League Baseball player. Maybe that’s a stretch, but he knows that only 18% of guys who are touted to be future Hall of Famers, like him, even make it past their second season.”
Spencer Torkelson in Detroit and Andrew Vaughn in Chicago, both highly regarded prospects finally in full-time big-league roles, also fit Wolf’s description.
“Bobby Witt is the biggest one, I think, but Detroit has Spencer Torkelson, who’s a touted prospect, and putting him as the face of Bally’s regionally, that might be something that young players would do, especially ones who aren’t worried that they’re going to do something out of character,” Wolf explained. “Then they get a chance to take some money off the table, if you will, in case they get a knee injury after the first year and they never get that big contract.”