The award-winning Golden Nugget Casino is located just steps from the Borgata Casino and offers beautiful views of the bay from AC’s Marina District.

Golden Nugget launched one of the first online casinos in New Jersey in 2013 — what many regards as the best online casino in the state. The site also added an online sportsbook in 2018. DraftKings bought the multifaceted gambling platform in May 2022 for around $1.56 billion.

Golden Nugget’s actual physical venue in Atlantic City, meanwhile, has 74,252 square feet of casino space with over 1,450 slot machines, 80-plus table games, and a nine-table poker room. Non-gambling amenities include a nightclub, a 24-hour wine bar, a spa, and an outdoor pool. The resort also features a 717-room hotel.

To play at the Golden Nugget Casino, you must be 21 or older. 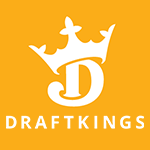 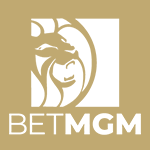 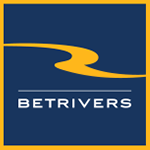 The casino floor isn’t as large as other AC casinos but features a solid number of slot machines. According to last count, it has over 1,450 games ranging from penny to $100 denominations. Here are some of the most popular slot games you’ll find at Golden Nugget Casino Atlantic City:

A major highlight is the newly integrated Dollar Storm terminal, brought together by Aristocrat. It offers a series of linked progressive jackpots shared among four machines.

Golden Nugget is the sole casino in AC that offers Gamemaker and 16x Multi-Strike machines.

The table game section has roughly 80 options, including classics like the following:

Adjacent to the main casino floor is the high-limit lounge with several tables, including blackjack, craps, single roulette and mini-baccarat.

Betting minimums vary by game. The casino has $10 blackjack games, but for the eight-deck version. The single-deck variation has a $50 minimum, which isn’t surprising given that it has a lower house edge than its counterparts.

Does Golden Nugget Atlantic City have a poker room?

The dedicated poker room is located on the fourth floor and offers several Texas Hold’em variations, including the following:

In addition to cash games, the room hosts weekly and monthly tournaments, including $10K guarantees. Players can also benefit from various promos, including splash the pot and high hand bonuses.

With more than 1,000 games under its belt, Golden Nugget’s online casino has one of the most comprehensive libraries among NJ casino sites. The diverse portfolio includes more than 800 slot titles from leading software manufacturers like Konami, Barcrest, Ainsworth, Bally, and WMS. Newcomers are eligible for a welcome promo that includes $10 in bonus funds and a 100% deposit bonus up to $1,500.

The Golden Nugget retail sportsbook is situated off the main atrium and can accommodate over 100 bettors. It has self-service betting kiosks, video walls, and more than 50 TVs for watching sports. Golden Nugget in Atlantic City also offers a sports betting app that did not rebrand into DraftKings as some initially expected.

Golden Nugget AC runs a four-tiered loyalty program called the 24K Select Club. Here are some of the benefits you can earn as you level up in the program:

How do you earn points at Golden Nugget Atlantic City?

You can earn loyalty points at Golden Nugget AC the old-fashioned way — by playing games with real money wagers. You must enter your loyalty card into slot machines during play or show it to the supervisor while playing table games or poker.

Can you get free play at Golden Nugget Atlantic City?

Both new and inactive members can earn up to $100 in free play on the same day of signing up for the loyalty program. To redeem $10 of free play, you must collect 50 tier credits. Then, you’ll get another $10 for amassing 200 tier credits, and so forth up to $100.

Golden Nugget is one of the country’s most iconic gambling brands. Landry’s Inc. opened the inaugural Golden Nugget Casino in Las Vegas in 1946, making it one of the longest-standing casinos in the US today.

The Atlantic City venue opened in 1985 as Trump’s Castle. In the 1990s and 2000s, Donald Trump tried several times to sell the company but was unable to do so due to high valuations. It eventually sold to Landry’s for $38 million in 2011. As part of the rebranding effort, Landry’s invested $150 million in the renovation of the resort.

Yes, Golden Nugget offers complimentary drinks to those playing games, much like other AC casinos.

The minimum gambling age at New Jersey casinos is 21.

Yes, but in certain areas only. A few of them are on the casino floor.

Golden Nugget has around 1,500 machines at its Atlantic City casino, including classic slots, video slots and progressives.

No, but the Golden Nugget online casino offers a demo mode of its slot games.