A fantastic experience for all the players and visitors to New Jersey. But what comes next?

Politicians and press have touted the new casinos as being a force for regeneration in Atlantic City, bringing in thousands of jobs and millions of visitors. Estimates expected over a million visitors to AC over the opening weekend.

The success or otherwise of the new casinos will be judged not by the hype, but by the hard numbers. For example, the revenue figures for the casinos produced each month by the New Jersey Division of Gaming Enforcement (DGE).

Reality is that the number of casinos in Atlantic City just went up from seven to nine. That is a 28-percent increase in market supply. The DGE numbers will tell the tale of whether demand has increased in line with the extra supply, or whether the demand is not as elastic as everyone hopes.

Aficionados of The Wire may remember Stringer Bell’s hilarious attempts to explain macroeconomics to his drug dealing subordinates: 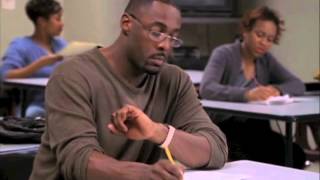 The Hard Rock and Ocean Resort Casinos are operating on the belief that they can succeed where their predecessors, The Revel and Trump Taj Mahal failed.

The rest of the AC casinos also have skin in the game. Will they lose market share to the new kids on the block or will the whole market grow for everyone?

At this stage, all we can go on is the initial reactions from the people who will really decide the issue, the punters themselves.

A first cut looking at the Twittersphere suggests that optimism may be in order.

Now that’s the reaction the casinos want. People posting positively to their social circle even though they didn’t win any money.

The Hard Rock caused much amusement with a spelling mistake, since corrected, on the huge guitar which adorns the entrance to the casino:

According to CBS local, Julie Herron, from Galloway Township, New Jersey, was “awestruck when she walked inside the Hard Rock.” After the spelling mistake, her comment took on a delicious irony.

“It’s beautiful, just fantastic. It’s really uplifting. The music is awesome, just the rhythm. Sometimes all you need is rhythm.”

Now that sports betting is legal in New Jersey, both online and offline operators are expecting to see some significant revenue growth. So are the New Jersey politicians:

Ocean Resort put its sports betting service right in the center of the casino floor. Initial indications are that it has attracted a lot of action.

The Hard Rock Casino launched without a sports book, so its revenue figures for the next few months won’t be directly comparable to Ocean Resort.

At the opening ceremony, Hard Rock International Chairman Jim Allen did finally confirm that sports betting would be available, although some technical, regulatory and contractual issues will have to be resolved first.

“I know we have had quite a few questions over the last month or so in regards to our ability to offer a sportsbook and the answer is “yes.” The media is probably aware that we are involved in the frankly now world-famous Hard Rock Stadium in South Florida. We are the host of the 100-year anniversary of the NFL and the 2020 Super Bowl. The events there have exceed even our expectations. But there are some restrictions in our agreement there which we want to comply with in accordance with our relationship with Stephen Ross, the Miami Dolphins and obviously the NFL.”

The Hard Rock’s music theme could provide a tipping point

The potential is certainly there, but the execution will need to be coordinated citywide.

Some commentators noticed that although billed by the casino as a sellout, Carrie Underwood’s opening night concert at the Hard Rock was notable for large numbers of empty seats—presumably allocated to people who didn’t turn up. Underwood still had a great time:

Online gambling will add to the revenues

Both Hard Rock and Ocean Resort are taking their casino offerings online, but it will be some time before both are truly up and running. Meanwhile, players who want online casino games can find plenty of New Jersey casinos.

And to go back to the Stringer Bell video, therein lies the rub. What Ocean Resort and The Hard Rock offer is only a variation on a theme; tweaks here and there, like the Ocean Resort’s Exhale Spa and the Top Golf or Hard Rock’s rock star memorabilia.

There’s very little the casinos can do to make themselves radically different from each other. Price, customer service, and customers’ individual preferences will play a major role in what market share each casino can sustain in the market.

Meanwhile, when supply increases, price usually drops, so customers can expect the next twelve months to present a cornucopia of new marketing promotions and special offers. Customer loyalty schemes will be even more valuable to both players and casinos.

On the other hand, the hype should not be written off. Hype works, glitz and glamour do attract customers from out of state.

The market can grow for everyone, and if it doesn’t, then the US is still an entrepreneurial economy where survival of the fittest is the market rule.