On to another week of the most interesting news to come out gambling, casinos, and sports betting!

The principal at Monumental Sports, which owns the Washington Capitals, Wizards and Mystics, leaned on his tech background to espouse data and wagering as a means to create deeper bonds with fans before the fall of the Professional and Amateur Sports Protection Act in 2018. He eventually won over most of his peers in the subsequent years. He was the first to envision and then open an in-venue sportsbook at Capital One Arena.

And last week, a year before the National Hockey League allows on-jersey advertising patches, the Capitals announced a deal with Caesars Sportsbook that will put the company’s logo atop the team’s home red.

The Capitals agreement was important on multiple levels. It was the first for any jersey sponsor. And it, of course, was the first for a sportsbook. Major pro leagues have gone way beyond flirtation with the gambling industry in the past three years, but this type of deal will mint the relationship in video and photo posterity.

It’s virtually assured now that Capitals icon Alex Ovechkin will attempt to set the all-time NHL goals record with a Caesars just above the team logo.

If only a name change from Capital One Arena was possible. Something snappy ….. Caesars Palace maybe? They should check to see if that’s available.

UK, US going in different directions with gambling sponsorships

The Capitals deal, and news out of the United Kingdom the same day, demonstrated the stark contrasts in trajectory that sports and gambling are on in the United States and England. According to The Daily Mail, the government there is set to enforce a 2005 decision to ban gambling sponsorship logos on sports jerseys. Currently, nine English Premier League teams boast gambling sponsors as the primary “front-of-shirt” mark – comprising $79.22 million in value, according to Sportico – and all but one of 20 have some type of deal.

League One participant Bolton Wanderers announced over the weekend that it would sever ties with the gaming industry, which should be simplified by the fact that its main sponsor is a discount store. The club had previous deals with Betfred and 188Bet. Las Vegas doesn’t have an NBA team – yet – but The Association continues deepening ties with the city. The Utah Jazz, from a decidedly anti-gambling locale of Utah, announced last week it would open its three-day training camp beginning Sept. 28 at Wynn Las Vegas. The Jazz, which compiled the league’s best record but flamed out in the second round of the playoffs last year, will erect two courts in a ballroom for the closed sessions. The team hasn’t encamped outside of Salt Lake City since a 2008 excursion to Boise, Idaho.

The NBA has held its summer league in Las Vegas since 2004 at UNLV’s Thomas & Mack Center, leading to natural conjecture whether the league could add the third – or fourth, pending the status of the Oakland A’s – top-four pro team to a city with a burgeoning hometown reputation. The Golden Knights have been rabidly supported since their debut NHL season in 2016 and the Raiders are developing a similar throng in their second year since relocation from Oakland.

NBA Commissioner Adam Silver somewhat mooted hopes of an expansion team for Las Vegas in July. Conjecture had been sparked by speculation that league owners would welcome the $6 billion fee as a hedge against COVID-19-caused losses.

NHL clears Kane of gambling, doubts ‘veracity of the allegations’

In another bit of coincidental timing, the NHL announced last week that it had found no evidence that embattled San Jose forward Evander Kane had bet on league games. The allegation was made Kane’s wife, Deanna, before they entered divorce proceedings.

According to the NHL, the investigation included analysis of betting data provided by Sportradar.

Said the NHL in a statement: “The investigation uncovered no evidence to corroborate Ms. Kane’s accusations that Mr. Kane bet or otherwise participated in gambling on NHL games, and no evidence to corroborate the allegations that Mr. Kane ‘threw’ games or did not put forward his best effort to help the Sharks win games. To the contrary, the evidence raises doubts about the veracity of the allegations.” 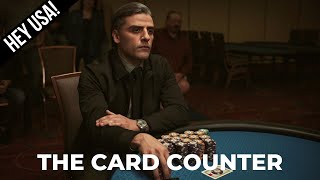