PokerStars is giving US poker players a one-off poker tour where a low $86 buy-in offers the chance to win a $30,000 Platinum Pass on top of the money in the prize pool.

The Moneymaker PSPC Tour commemorates the 15th anniversary of Chris Moneymaker winning the WSOP Main Event in 2003. The tour consists of events at eight live poker venues, with a ninth event to be held online at PokerStarsNJ.com for New Jersey players.

Moneymaker won a PokerStars $86 satellite to get his Main Event buy-in. He then turned it into a $2.5 million payday. PokerStars wants to give US players across the country the same opportunity, whether they live in states which have legalized online poker or not.

“It’s been 15 years since the big win and it only feels like yesterday. It was one of the most incredible experiences of my life and I want to give someone else the opportunity to feel that #winningmoment.”

The added value Platinum Pass consists of an entry into the $25,000 buy-in PokerStars Players NL Hold’em Championship (PSPC) plus travel cash and a stay at the Atlantis Resort on Paradise Island in the Bahamas.

Why is PokerStars being so generous?

When Moneymaker won his bracelet, internet poker was in its infancy. He was just an ordinary guy, an accountant who played online poker. However, he proved that through the internet, poker could be a route to riches for anyone.

“Now U.S. fans will have the chance to win an amazing prize and have some fun along the way. Come join me to play, you never know, this could lead to a life-changing moment like I had. I am looking forward to playing with some familiar faces at every stop.”

The mainstream media interest in his story is often credited for sparking the internet poker boom. You know, the boom that ultimately led to PokerStars becoming the biggest online poker company in the world.

The real reason is ….sports betting

The Moneymaker story makes for great PR. Plus, Moneymaker himself is absolutely sincere in his own commitment to poker. Nonetheless, big companies don’t give away millions of dollars for free without a good reason.

PokerStars is only active in US real money online poker in New Jersey. It never launched in Nevada. Elsewhere, the Delaware market uses 888 software as part of its monopoly licensing system. Pennsylvania will be the next market where it launches online poker, which should be coming soon.

PR for its existing US footprint doesn’t really look like it is worth the marketing investment of the Moneymaker PSPC Tour.

The more likely investment rationale may center around the upheaval in the US online gambling environment now that the Supreme Court has overturned the Professional and Amateur Sports Protection Act (PASPA).

This has led to many states looking to introduce sports betting legislation. In some of these bills, online poker is tagging along.

Over and above the opportunities for online poker, The Stars Group, which owns PokerStars, is building its own global sports betting operation under the BetStars brand.

Stars is in the midst of acquiring Sky Betting & Gaming, which will massively increase the group’s sports betting capacity.

Put all of that together and the extra cash added to the Moneymaker PSPC Tour makes for a sound investment in raising brand awareness.

Now that we know why there’s free money on the table, we can also say that this is a unique time in the US poker industry. A time when it’s almost essential for poker businesses to spend big on marketing.

It’s a rare thing that players can enter a series of tournaments with the certain knowledge that there’s a lot of free money added.

At the $86 buy-in the $30,000 Platinum Pass is the equivalent of an extra 348 players entering each tournament, then not turning up to play! 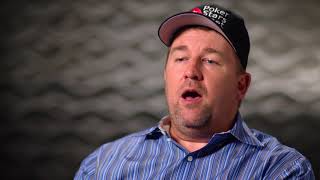