Dates for Every Betting Event in 2021

In a normal year, the sports betting calendar is jam-packed from January to December with few breaks for multi-sports bettors. At the start of 2020, there was a lot for bettors and fans to look forward to, including the Tokyo Summer Olympics.

Then COVID-19 flipped the script. Dozens of leagues and sporting events were canceled or postponed and betting options became few and far between for weeks. Then, slowly, sports in far-flung places began coming back. And thanks to the wonders of modern technology, betting doors were opened to other sports from across the globe.

American sports bettors found a decent amount of action to tide them over, from Ukrainian table tennis to Belarussian soccer and Korean baseball. As state regulatory boards rushed to license any and all sporting events, legal US online sportsbooks scrambled to put out lines for hungry bettors. Scores of action hounds expanded their horizons as a result.

As the master sporting events calendar treks back toward normalcy, bright spots for the back half of 2020 and beyond continue to emerge. The NBA, MLB and NHL are back. The NFL is on track to begin as originally scheduled. It can be hard to stay on top of all of the changes around the world, so check back frequently to our complete 2020 sports betting calendar (listed alphabetically by sport below).

The Australian rules football season started as normal on March 19, but that didn’t last long. Play was suspended on March 22, and the disruption lasted nearly three months. The league resumed operations in early June and expects to play the rest of the season through to completion.

Opening day was originally scheduled for March 26, but was postponed as the first wave of lockdowns commenced. After lots of back and forth between owners and players, a deal was reached to play out a condensed MLB regular season. 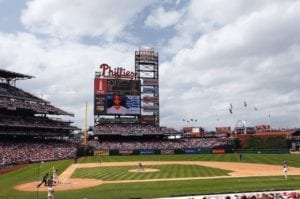 At the last minute MLB even added an extended playoff plan so more teams than ever will see the postseason. See announced dates below:

The Korean Baseball Organization season was supposed to begin on March 28, but opening day was pushed back for several weeks. Given how well the virus was contained in South Korea, though, the KBO was one of the first pro leagues to return on May 5. With ESPN quickly agreeing to a deal to broadcast games in the US, the KBO has filled the void for many sports-starved fans.

Nippon Professional Baseball (Japan) was also set to begin near the end of March, but its opening day was pushed back to June. Just like the KBO, NPB was up and running in June with the anticipation of playing out a condensed season. The NBA betting season opened up as normal in October 2019, but the campaign was suspended in March. The regular season resumed at the end of July, followed by the standard playoffs rounds, and NBA Finals set to begin in mid-August. All teams will play in a “bubble” environment with multiple games per day at DisneyWorld in Orlando.

The WNBA postponed the start of its regular season back in April. A condensed schedule is set to tip off soon.

The EuroLeague basketball season tipped off on Oct. 3, 2019, with operations halted on March 12 due to the coronavirus outbreak. The remainder of the season was officially canceled on May 25, but EuroLeague is expected to be back in business next season.

The season got underway on Nov. 1, 2019, but was halted on Feb. 1. The CBA resumed on June 20 and is expected to see through the season to completion on July 27, followed by a condensed postseason.

A number of cards have been canceled or postponed since the sport of boxing tapped the brakes in March. The biggest highlight on the menu was the highly anticipated third match between Deontay Wilder and Tyson Fury, but that has been pushed back from July and may not happen until the latter part of the year.

Many cards are still waiting to be rescheduled, but several have been announced for the coming months. Here’s a look at some of the headline bouts.

ICC Men’s T20 World Cup: There has been lots of speculation but no official confirmation as of yet. Festivities are penciled in to begin on Oct. 18 with the final scheduled for Nov. 15, but there remains a chance the whole thing will still be called off.

Indian Premier League: The IPL seems to be on standby while waiting to see what happens with the World Cup. For now, there are tentative dates set for the league to run from Sept. 26 through Nov. 8 in the event of a T20 cancellation. However, there’s no guarantee that the IPL will be playing at all this season, either.

Tour de France: The biggest cycling event of the year was scheduled to get underway on June 27. As with many other events across the globe, the 2020 Tour de France has been postponed and is now set to run on new dates: PDC: The Professional Darts Corporation has been in a rather distinctive spot. While some live darts events were postponed due to the outbreak, the PDC Home Tour was set up to run remotely in April and May. PDC Pro Tour events are expected to resume in July with standard darts betting lines and markets alongside.

Modus Icons: Modus Icons of Darts took a similar approach with remote events in April and May. Several live events are on the calendar for the latter part of the year, beginning in October.

The NFL has canceled the preseason Hall of Fame Game, as well as two of the four weeks of exhibition games. There has been chatter that the entire preseason will be scrapped, but as NFL betting is by far the biggest cash cow at online sportsbooks the push to have things resume on some form is strong. For now, the 2020-21 NFL campaign is expected to go on as scheduled with no fans in the stands. The college football betting season is still in flux but might kick off as normal in some conferences. As a result the list of college bowl games plus the playoffs and national title tilt could be postponed.

The 63rd season of the Canadian Football League was scheduled to begin on June 11, but the opening date has been pushed back to September. If the season does go on as scheduled, it’s expected to be played through to the Grey Cup final, but a condensed season can’t be ruled out.

After kicking off to much fanfare in February—and a surprising amount of XFL betting action— the XFL was forced to halt games following Week 5 of the regular season. The league suspended operations all together the next month and filed for bankruptcy. While there has been speculation that the XFL is indefinitely on the sidelines, a new ownership group headed by Dwayne “The Rock” Johnson stepped in a bought the league for $15M and plan to run a season in 2021.

The Formula 1 season was supposed to get underway in March, but the pandemic forced a postponement until July 5 with the Austrian Grand Prix the first race to go off. A number of the postponed races have been rescheduled, but it remains uncertain if all those scheduled will be able to go off. Here are some of the biggest Formula 1 races still penciled in for now.

The PGA calendar was halted back in March due to the pandemic, but the tour resumed on June 14 for the Charles Schwab Challenge. Weekly tour events have continued since including the Memorial. Dates for the Majors have been re-organized and The Open Championship in the UK was postponed until 2021. Dates and status of the biggest upcoming golf betting events left on the 2020 calendar appear below.

A number of tournaments have been canceled due to the lockdown, but the LPGA will be back in action in late July. Here are some of the biggest events on the calendar.

The 2019-20 NHL betting campaign got underway last October and was halted in March due to the outbreak. A return-to-play plan was agreed to starting in July with 24 teams playing multiple games per day in two hub cities. The expanded postseason tournament to decide the Stanley Cup begins August 1. A number of horse racing tracks put a hold on things during the initial coronavirus lockdown, while a handful continued to operate sans spectators. The calendar for the biggest events of the season has been altered as a result.

The Ultimate Fighting Championship (UFC) canceled some events from March through May, but action resumed on May 9 with UFC 249. Several events are scheduled to take place over the coming weeks. The Daytona 500 was able to go off without a hitch back in February, but NASCAR betting took a timeout in March before returning on May 17 for the Real Heroes 400. The Cup Championship Playoffs are set to begin on Sept. 6 and run through Nov. 8. In the interim, there are a number of big races still left on tap.

The IndyCar Series calendar was also altered due to COVID-19, but the season was able to get underway on June 6. There are several races still to go from July through October, with the biggest highlight coming on Aug. 23. That’s the day for this year’s running of the Indianapolis 500, which was rescheduled from May. The season is set to close out on Oct. 25 with the Firestone Grand Prix of St. Petersburg.

A big highlight of the summer sporting calendar was forced to cancel due to coronavirus concerns. Here are the dates and locations for the next two editions of the Olympic Games.

Six Nations Championship: This year’s tournament got underway on Feb. 1 and was scheduled to be wrapped up on March 14, but the final games were postponed with makeup dates yet to be determined. Next year’s edition will run from Feb. 6 through March 20.

Sevens Championship: The last series got underway in December of last year and managed to run through March 8 before being postponed. The schedule for the next edition has yet to be finalized.

The soccer betting calendar is among the many that have been altered in the current climate but was also one of the first sports to return as the major leagues in Europe resumed in early summer. Here’s a look at where things stand for the major leagues across the globe. Originally scheduled to run in June through July of this year, the UEFA Euro competition has been pushed back to run from June 11-July 11, 2021.

The biggest event on the calendar is the FINA World Swimming Championships, initially set for December 2020. The competition has been pushed back a year due to the crisis and will now take place from Dec. 13-18, 2021, in Abu Dhabi. The absence of the live sports that many fans know and love has led plenty to expand their horizons. From a betting perspective, table tennis has seen a surge in interest, with leagues such as Moscow Liga Pro and Ukraine’s TT Cup series attracting plenty of attention.

There are a number of ongoing events for which you can find odds and lines at online and mobile sportsbooks.

After an exciting Australian Open, it looked as though we were set for an outstanding 2020 tennis betting season for both the ATP and WTA. Things changed in a hurry, and the tennis calendar went into a state of flux as a result. Here’s the latest on the two tours and the remaining Grand Slams for this year.