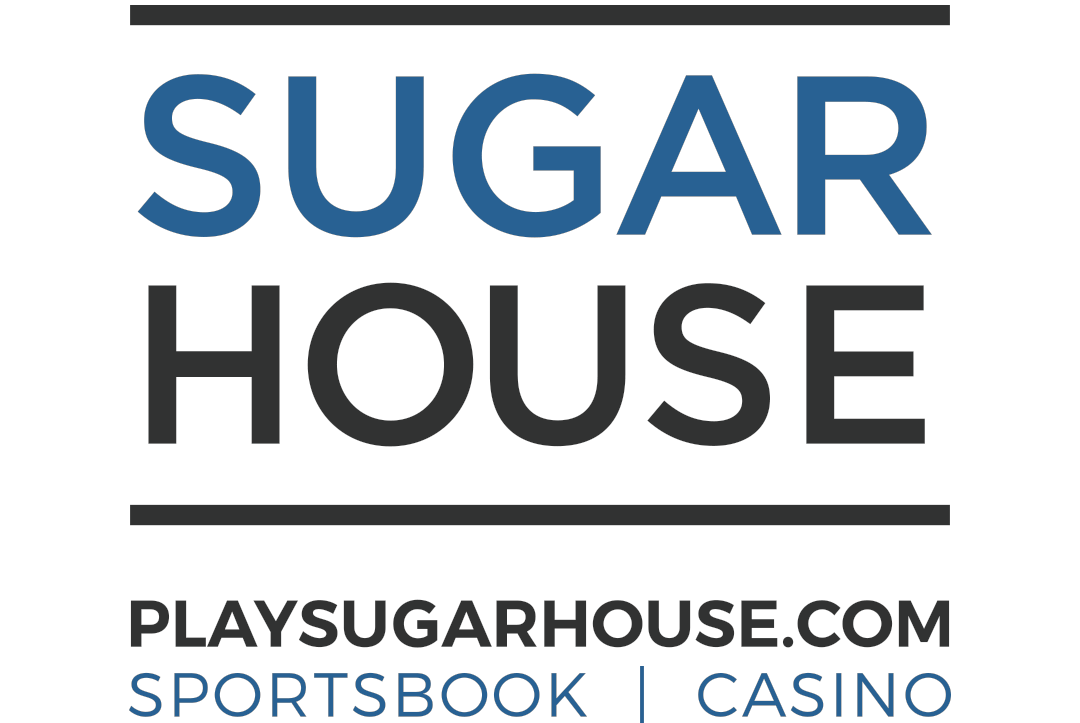 Disclaimer: SugarHouse Sportsbook is available in Connecticut. In other states, it has rebranded to BetRivers Sportsbook. Read our full BetRivers review here.

SugarHouse Sportsbook is one of only a handful of regulated online sportsbooks in Connecticut.  Sign up today to get a second chance free bet worth up to $500. Just make sure to use top SugarHouse sportsbook bonus code PLAYRIV.

One of the key features is a great platform. While it’s a smaller player compared with the market share of DraftKings and FanDuel, you won’t be able to tell that on the tech side. SugarHouse also outshines the bigger books with its rewards program.

We have more information about the welcome bonus, the platform, how to sign up, and other key facets of SugarHouse below.

To claim the SugarHouse welcome bonus, enter the affiliate code PLAYRIV when you create an account. Once you’ve done that, SugarHouse will give you a second chance free bet for up to $500. You’ll need to deposit at least $10 to qualify for the deal.

How to use the SugarHouse Sportsbook affiliate code

That’s it. You’re looking at a few minutes, tops, to get going. Once your account is set, you can take a look around, browse the odds, and check out the various sports you can bet on. The bonus offer will apply to your first bet

Beyond the welcome bonus, SugarHouse Sportsbook also offers a solid selection of ongoing promos. When you visit the site, the main lobby has a display for the current top options. There’s also a dedicated link for promotions. Here are some current deals:

On the main site, you’ll also see a link labeled “specials.” Once you click on it, you’ll see all of the house specials for the day. When we tried it out, there were 11 options available across several different sports.

SugarHouse players are also eligible to join the iRush Rewards Program, where you can receive points just for placing bets. You get a point for every single $10 bet or for every $1 on more complex wagers.

For standard promo offerings like odds boosts, SugarHouse is in line with what you’ll see at other books. It creeps ahead of the competition with a great rewards program that’s easy to understand and simple to redeem once you accrue some points.

SugarHouse sports betting has apps available for both iOS and Android devices. You can take care of everything on the go, as all of the same functions are available on the app that you’ll find on the website. For New Jersey users, follow the same process for iOS and Android.

It’s an extra step for iPhone users, but the geolocation rules apply to all players. You have to be within state lines to place bets. If you’re not there, you won’t be able to. When you’re out of the state, you can still browse around and manage your account.

As for the app itself, it’s a smooth experience with everything you need in range. In fact, the mobile experience isn’t quite as cluttered as what you’ll find on the SugarHouse website.

In relation to competitors like DraftKings or FanDuel, SugarHouse is on point in a lot of areas. Top features include the search function and clear-cut listings on the drop-down menu.

How does SugarHouse Sportsbook compare to other US sportsbooks?

On an overall basis, SugarHouse gets high marks. There’s a range of sports available for betting, as well as all of the different individual bets you can place. When you click on a main game listing, you’ll find a great layout of the other available bets.

SugarHouse regularly dishes out promotional offerings, and there’s also a rewards program for sports bettors. This is a specific area where SugarHouse Sportsbook holds an edge over bigger names like DraftKings and FanDuel.

The SugarHouse Sportsbook app holds its own, as well. The platform is slick and easy to use. Over on the website, one downside that sticks out is the overall layout. It could be a little cleaner as there’s a big newsfeed that takes up a lot of space.

SugarHouse may not have the street cred of some other sportsbooks, but there’s a lot to like here. Bettors who normally play on higher-profile platforms such as BetMGM will be pleasantly surprised. That said, a few tweaks here and there could help.

Areas in need of improvement

While SugarHouse was previous available in numerous states, it has rebranded in most of them to its sister site BetRivers sportsbook. However, you can still bet with SugarHouse in Connecticut.

Rush Street partnered with the Connecticut Lottery to bring online sports betting to players in the Constitution State. SugarHouse Sportsbook launched in CT in October 2021. SugarHouse and the CT Lottery also plan on opening up to 15 retail sportsbooks in the state. Some of those 15 locations will include Winners locations in Manchester, Hartford, Waterbury, New Britain, Torrington, Norwalk and Milford; Sports Haven in New Haven; and Bobby V’s locations in Windsor Locks and Stamford.

First up, head to the main sportsbook registration page. Click on the big gold button in the middle of the screen that says “join now.” You’ll then choose your state and select a screen name and password. Next, in the box labeled affiliate code, enter PLAYRIV. On the next screen, you’ll need to enter more details to verify your identity: first and last name, zip code, street address, gender and date of birth. Click continue and you’ll arrive at the final page to enter the following:

Everything the sportsbook asks you for is standard stuff that you’ll have to provide while signing up at any legal sportsbook. If there’s any trouble verifying your identity or info, you’ll need to resolve it and provide supporting documents.

Once you click complete, your new SugarHouse account will be ready. You can then begin to browse around.

SugarHouse also has all of the bets you would expect to see at a sportsbook. As with most books, featured listings revolve around the main pregame bets of moneylines, point spreads and totals. Once you click on a sport, you’ll see the odds and lines for all of the upcoming contests.

If you want to go deeper than the standard bets, just click on the game listing. For example, clicking the “more bets” link on an upcoming NHL game brings you to a new page where you’ll see things like the following:

The layout of choices is really solid. At some other sportsbooks, you have to do a lot of searching and clicking to find what you want. That’s not the case at SugarHouse. It breaks bets down clearly so you can quickly find what you like.

It’s the same story when you click on the live betting link for a specific sport. All of the ongoing events pop up right away. You can focus on the main featured lines, or drill deeper such as with points or game betting on a tennis match.

Betting options on the SugarHouse app

Finding something to bet on at SugarHouse shouldn’t be an issue. There are lots of sports available for betting, ranging from top attractions like the NFL and NBA down to those with smaller followings like cycling or cricket.

There’s a full clickable menu to browse through. You’ll also find specific sections and icons for the most popular sports so you can access them right away. Once you click on a sport, upcoming contests will pop up in the betting lobby window.

When you find the game or event you want to bet on, just click on the odds for your selection. It goes to the betting slip, where you’ll plug in a bet amount, verify that everything looks good and click submit.

If you’re looking for something different, click on the main listing to check out the available props and alternate lines. Also, there’s a dedicated link for live betting, so you can jump in on games that are in progress.

Many sportsbooks have a deep bench of options, but SugarHouse is among those that do even more. If you’re the type who really likes to find an edge with niche sports, then SugarHouse may be for you.

There are several options for funding your SugarHouse account. Here are the ways to fund your account:

There are two main ways to get some help at SugarHouse. The first is the live chat feature. It’s available seven days a week from 9:30 a.m. to 2 a.m., and you can access it by clicking on the “support chat” link.

On the live chat, you enter your name, email and the nature of your question after clicking. That’ll put you in the queue to wait for a rep. When we tested it out, we were talking to a rep in a little over a minute.

For things that you don’t need an answer on right away, there’s an email option. Also, there’s a help section where you can browse through an FAQ. SugarHouse gets an overall thumbs up when it comes to customer service.

As part of its deal with the Connecticut Lottery, SugarHouse is planning on opening upwards of 15 retail sportsbooks in the state. When specific locations are announced we will share those details.

SugarHouse’s entry into the US market

SugarHouse made its online debut in 2016 in New Jersey. It was a casino only for several years, but that changed when the Garden State legalized sports betting. SugarHouse became one of the first online sportsbook options in the state in late summer 2018.

A member of the Rush Street family, SugarHouse was a physical casino in Philadelphia that gained access to the New Jersey market via a deal with Golden Nugget in Atlantic City. In 2019, the online casino and sportsbook launch took place in its home state of Pennsylvania.

Before the year came to a close, the SugarHouse Casino rebranded as Rivers Casino Philadelphia. While there’s no longer a physical location bearing the name, the company behind the scenes has kept the online presence alive and well.

Then, in 2021, SugarHouse partnered with the Connecticut Lottery and debuted in the Constitution State.

In New Jersey and Pennsylvania, SugarHouse is now rebranded to its sister site BetRivers. But the Connecticut SugarHouse sportsbook remains.