Over the decades, the Dallas Cowboys have been among the most polarizing franchises for NFL fans. It’s rare to find a fan of the NFL that is indifferent to the team. The usual sentiment is either ardent love or visceral hate. Those sentiments drive what fans consider the best Super Bowl moments in Cowboys history.

This compilation is geared at those who abhor Dallas. There are plenty of moments to choose from because of the Cowboys’ participation in eight Super Bowls and 5-3 records in those games. These four stand out from the rest in terms of consolation to fans who despise that Dallas is even in the game to begin with.

There are a lot of moments that probably made Dallas despisers delight through the eight games. Some of them happened in one of the Cowboys’ five victories. There is plenty of room for debate about which is the absolute worst.

That’s a tall task and very subjective. Thus, the compilation here isn’t a ranking. Instead, it’s a shortlist presentation, leaving any potential ranking up to each reader. These moments have it all as far as football follies go, though.

As an example to lead things off, there’s a moment that happened in Dallas’ most significant Super Bowl victory by scoring margin. En route to a dominant 52-17 win over the Buffalo Bills in Super Bowl XXVII, a moment that could have further added insult to Buffalo’s injury brought some glee to Cowboys cynics.

Dallas defensive end Leon Lett picked up a fumble by Bills quarterback Frank Reich and started running toward Buffalo’s end zone. Just before he crossed the goal line, however, Bills wide receiver Don Beebe stripped him of the ball as Lett was celebrating what he thought was a score. The ball went out the back of the end zone to create a touchback for Buffalo. 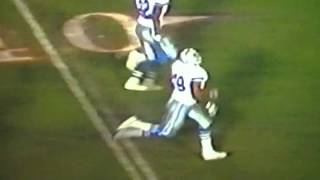 The rest of the moments on our shortlist contributed to the Cowboy’s Super Bowl losses. Thus, they are likely even more enjoyable for those who love to see Dallas fans miserable.

Super Bowl V, played between the Cowboys and the Baltimore Colts in 1971, became known as the “Blunder Bowl” because of the game’s sloppy play. The teams combined for a Super Bowl-record 11 turnovers on the way to a 16-13 Baltimore win.

While the Colts certainly had their share of mistakes in the game, the biggest gaffe by a Dallas player probably came in the third quarter. A 52-yard Baltimore field goal attempt fell short of the goalposts. Then, Cowboys defensive back Mel Renfro made himself a part of history in the vein of Lett.

Instead of returning the field goal attempt, Renfro allowed it to hit the ground inside his 1-yard line. Colts offensive lineman Tom Goode downed it at that point. At that time, a missed field goal attempt was essentially the same as a punt in the NFL rulebook.

Renfro would explain after the game that he thought the ball would carry into the end zone for a touchback. Still, we’ll never know how the ensuing Dallas drive might have ended up if they hadn’t had to begin with such poor field position, and in such a narrow game, one possession could have made all the difference. 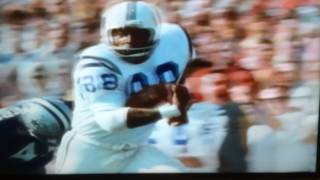 The Cowboys found themselves in the Super Bowl again in 1976, facing the Pittsburgh Steelers in Super Bowl X. With a 10-7 lead, Dallas had a stellar opportunity to give themselves a two-score lead late in the second quarter.

After advancing the ball all the way down to the Pittsburgh 20, the Cowboys proceeded to lose 25 yards on their next three plays. The first down was a rushing attempt that resulted in a three-yard loss.

The Steelers then sacked Dallas quarterback Roger Staubach on second and third downs. As a result, Dallas had to punt and would ultimately go on to lose the game 21-17. 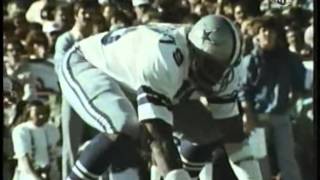 The moment simply known as “The Drop”

The same two teams would face off again in 1979 in Super Bowl XIII. There was a similar result with a Pittsburgh 35-31 win, but one of the moments that led to Dallas’ downfall has become memorable in all of Super Bowl lore.

Facing a touchdown deficit late in the third quarter, Staubach eyed Cowboys receiver Jackie Smith from the Steelers 10-yard line. Smith was open in the end zone for what should have been the game-tying score. 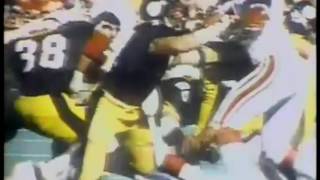 Dallas had to settle for a field goal on the drive and never could pull even in the game from that point on. It became the defining moment of Cowboys Super Bowl history until the 1990s when the franchise could rewrite much of its legacy.

Until Dallas reaches another Super Bowl, this will be the storyline of the moments that fans wish they could forget. However, for those who enjoy Cowboys defeats, these are some of the best Super Bowl moments ever.