The axiom of “mo’ money, mo’ problems” has endured because it has an air of truth to it. Like in essentially every other industry, success in the US gambling space doesn’t make all challenges for the companies disappear. The success merely alters what those problems consist of.

Among those myriad challenges are registering and, if that proves successful, protecting trademarks associated with the gambling companies like logos and names. Recent examples of companies dealing with those issues show just how complicated that aspect of the business can be.

Why trademarks are so important for US gambling companies

To grasp the importance of trademarks for gambling businesses in the United States, simply imagine trying to navigate your personal life if you had no name and no one recognized you when they saw you. Everyday tasks like showing up for your job and receiving mail would be essentially impossible.

A clear and unique identity is just as important for gambling companies. Without a distinctive logo, name and other identifying marks, it would be impossible for them to do business. That applies to brick-and-mortar operations as much as it does for US online casinos.

However, as such companies ascend in fame, keeping those identifying marks unique becomes more challenging. 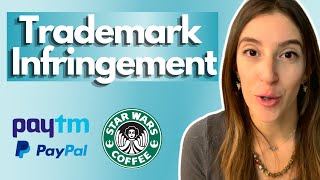 Two recent examples demonstrate the propensity for threats to exclusivity.

Currently, BetMGM and Jackpocket are facing possible infringements on their trademarks.

Online lottery service Jackpocket filed a lawsuit against nascent competitor Jackpot in July over what Jackpocket alleged is an attempt by Jackpot to “jump-start its US business by disguising itself as Jackpocket.”

Last week, BetMGM responded to inquiries about Red Dog – an online casino product out of Curacao – sending marketing emails under the name “MGMBet.” BetMGM is currently considering its options on how to handle the situation.

BetMGM might ultimately conclude that the best course of action is inaction because legal steps to protect trademarks can often prove costly and don’t always succeed. In fact, recent history shows even endeavors to register certain trademarks can prove complicated.

In 2015, Caesars was the operator of what is now the Hard Rock Casino in Cincinnati. Caesars wanted to trademark a new name of “The Shoe” for the entertainment venue on the casino campus. However, it faced some local opposition to that move.

Ohio State University objected to that filing, arguing that its football stadium, commonly referred to by the same name, also served as a venue for entertainment forms like concerts. Furthermore, the university already held a trademark for that term on merchandise and did not want “The Shoe” to be associated with gambling.

According to Tom Knox of Columbus Business First, Caesars and Ohio State reached a settlement in 2017 that included Caesars withdrawing its application. While this example is indicative of the challenges gambling companies can face in merely establishing a trademark, there are more potential difficulties around protecting those assets once they are created.

Infringement is in the eye of the beholder

A 2019 dispute between an operator of an off-track betting site and a Florida city reveals that infringement cases aren’t cut and dry. The South Florida Reporter in 2019 shared details about how Magic City Casino, owned by West Flagler Associates (yes, that West Flagler Associates that filed the lawsuit that is currently blocking legal sports betting in Florida), alleged that the Magic City Innovation District had violated its trademarks in a lawsuit.

The Magic City Innovation District is a development project in Miami’s Little Haiti area. It currently contains commercial and residential buildings. Magic City Casino’s complaint argued that the district’s name prompted confusion, causing people to believe the casino was associated with the district.

Additionally, the casino alleged the development was unpopular among locals, and that sentiment could hurt the casino’s reputation. Ultimately, the casino dropped its lawsuit after reaching settlement terms with the district in May 2020.

Terms of that settlement remain private, but the development continues under the name today. An obstacle that the casino likely faced in arguing its case is the public nature of the term “magic city” in reference to Miami. As Paul S. George of HistoryMiami Museum points out, that term has been associated with Miami since before the turn of the 20th century, far predating the establishment of Magic City Casino.

There are other companies in the Miami area with similar names like Magic City Imports Corp., Magic City Solar Systems and Magic City Supply. Had the case actually gone to trial, lawyers for the district could easily have argued their use of the term is covered by the fair use doctrine. 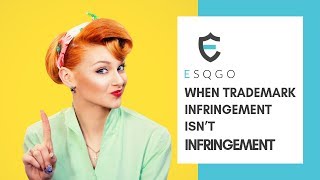 Even in instances when infringement seems clear cut and a court has agreed, though, there can still be difficulties in enforcing the law.

In the past, litigation involving trademarks belonging to Boyd Gaming and The Sands Corp. revealed that ensuring compliance with court orders regarding trademark infringement can prove complicated.

Mike Heuer of Courthouse News reported in 2015 how Sands won a $2 million judgment against the owners of websites that blatantly used Sands’ trademarked images, logos and names to advertise online gambling opportunities. The problem with securing that judgment and enforcing the court order blocking the use of those trademarks was that the parties behind the websites were unknown.

In 2011, Boyd won a preliminary injunction against Hans Martin Pollack. According to Steve Green of Vegas Inc., Pollack had registered several websites pertaining to Boyd’s Stardust brand, like stardustgaming.com. A potential issue in enforcing the injunction was that Pollack was not a citizen of the United States but an Austrian. However, Boyd was able to secure the sites.

Pursuing possible infringement is a gamble

Boyd and Sands likely didn’t achieve those ends without spending a good deal of effort, money and time. Those investments might cause similar companies in similar situations to ultimately decide pursuing possible infringement isn’t worth the cost.

On top of attorney costs and legal fees, companies must assess the value of the trademarks. Furthermore, they need to consider whether they are likely to secure the desired result and actually be able to affect the change they want to see.

In addition, monitoring every instance of potential trademark infringement, especially online, can be exhaustive. The history of trademark infringement for US gambling companies demonstrates how they must pick their battles and, even when they are selective, an ideal outcome is no guarantee.