The Arizona Coyotes are unlikely to make the Stanley Cup finals. The Super Bowl, yes.

And that’s a very big deal for their new sports betting platform.

The Glendale-based National Hockey League team announced that it would enter the growing Arizona sports betting market on Jan. 12 with SaharaBets. According to the team, Arizona bettors will be able to download, fund, and begin wagering that day, bringing to nine the number of active online platforms in the state.

According to the law enacted in 2021, they are allowing up to 20. In particular, 10 of those licenses are to be held by pro sports teams. In September, sports betting went live in Arizona, with native tribes and professional sports teams splitting the operator licenses.

By launching in January, the Coyotes will get out in front of the Feb. 13 Super Bowl, which is traditionally the most lucrative single event of the NFL betting season and sports wagering year.

The NHL has come a long way from commissioner Gary Bettman saying in 2012 that sports betting conflicted with the “atmosphere” the league wished to create.

In addition, the Phoenix Suns National Basketball Association team currently has an online and retail partnership with FanDuel. The partnership includes a standalone sportsbook in the Footprint Center. Caesars will have a permanent facility at Chase Field, home of the Diamondbacks Major League Baseball team.

Furthermore, BetMGM plans to open a retail sportsbook at the Cardinals’ State Farm Stadium in time for the 2022 NFL season. Expect the Coyotes to do the same wherever they land next season. After numerous rent and tax disputes, they’ll leave Gila River Arena at the end of the season. 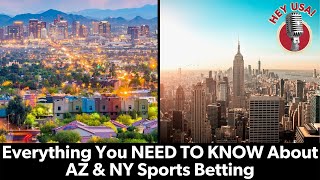 SaharaBets President Andrew Patterson told the Arizona Republic that special bets would be created around the Coyotes.

“But probably, more importantly, it’s the engagement and the opportunity fans will have maybe outside the app,” he said. “What experiences can they gain by being a SaharaBets customer that really drive them to engage with the team in a different way and with the application, different than what you might get from other operators in the state.” 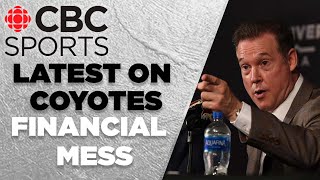