PlayUSA.com provides reliable, trustworthy content and resources regarding the legal gambling industry, with a focus on the United States. You can read about our editorial guidelines here.

PlayUSA is one of the Play-branded sites in the Catena Media network. Other Play sites include PlayNY.com, PlayPennsylvania.com, PlayIllinois.com and nearly a dozen others. PlayUSA is an independently owned and operated commercial organization and not directly affiliated with any one casino or gaming website.

To provide news and information regarding legal and regulated online gambling in the United States. Matthew Kredell has written about the legalization and regulation of online gambling since 2007 and sports betting since 2010. He has interviewed more than 250 state lawmakers and four US Congressmen to produce original content on gambling legislation. A USC journalism graduate, Kredell began his career as a sportswriter at the Los Angeles Daily News. His writing on a variety of topics has been featured in Playboy Magazine, Men’s Journal, Los Angeles magazine, LA Weekly and ESPN. Steve Friess is the national gambling industry correspondent for PlayUSA and its related local sites. He is also a contributing writer for Newsweek. A Long Island native who earned a journalism degree at Northwestern University, Friess worked at newspapers in Rockford, Illinois, Las Vegas, and South Florida before launching a freelance career in Beijing, China, where he served as chief China correspondent for USA Today. After his return to the U.S. in 2003, he settled in Las Vegas, where he covered the gambling industry and the American Southwest regularly for The New York Times, Playboy, The New Republic, Time, Portfolio, BusinessWeek, Newsweek, New York magazine, and many others. During that time, he created and co-hosted two successful and groundbreaking podcasts, the celebrity-interview show The Strip and the animal affairs program The Petcast. In 2011-12, Friess was a Knight-Wallace Fellow at the University of Michigan. That was followed by a stint as a senior writer covering the intersection of technology and politics at Politico in Washington, D.C., In 2013, he returned permanently to Ann Arbor, where he now lives with his husband, son, daughter and three Pomeranians. He tweets at @SteveFriess and can be reached at [email protected] Derek Helling is a lead writer for PlayUSA. He broke into covering the legal gambling industry in North America in 2018 while PASPA still existed and the only reason anyone knew anything about the Federal Wire Act of 1961 was that Robert F. Kennedy made a big deal of it when he was JFK’s attorney general.

Within a broader scope of gaming, Helling focuses on reporting on breaking news plus legislation and litigation happening in the industry. He loves to read hundreds of pages of a gambling bill or lawsuit so his audience doesn’t have to.

Prior to moving into covering gambling, Helling covered the business and legal aspects of sports for publications like FanSided’s flagship site, Ozy, and other Catena Media sites. You can also find him writing about food and restaurants for Mashed. Helling completed his journalism degree at the University of Iowa. Nick Garcia is a senior reporter for PlayUSA. Garcia provides analysis and in-depth coverage of the gambling industry with a key focus on online casinos, sports betting and financial markets. Garcia has been covering the US gambling market since 2017. He began his career by reporting first-hand from inside the US Supreme Court following the repeal of PASPA.

In 2018, Garcia transitioned to covering the expansion of gambling for Catena Media by writing for several of the company’s marquee brands, including Legal Sports Report, Online Poker Report and PlayUSA.

Garcia attended Texas Tech University as an undergrad and received a Master of Arts in Journalism from Columbia College Chicago. Katarina Vojvodic is a Toronto-based online gambling writer. In her role as a lead writer for PlayUSA, she provides coverage of the US gambling industry with a focus on US online casinos. Before joining the PlayUSA team, Vojvodic worked for PlayCanada, covering Ontario’s online gambling regulation and legislation.

While living in Europe, Vojvodic spent four years reporting about the world of online casinos and interviewing numerous iGaming experts.

Vojvodic holds a master’s degree in journalism from the University of Belgrade. Outside working hours, she can be found near the water with her husband and their two kids. She’s all about healthy, active living and a fan of Manchester United and FC Barcelona (and the Toronto Raptors). 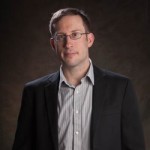 Dustin Gouker is the vice president of Catena North America and head of content for PlayUSA and regional Play-branded sites, including PlayNY, PlayMichigan, PlayNJ and PlayPennsylvania. He has reported on and analyzed online sports betting, online casino, online poker and daily fantasy sports industries since 2015, and is considered one of the leading US analysts and resources on these burgeoning industries.

Gouker was on hand for oral arguments before the US Supreme Court struck down the federal ban on sports betting. He was a sports journalist for more than 15 years, working as a reporter, editor and designer, including stops at The Washington Post and the Washington Examiner.

He’s based in Oregon, is married and has a daughter. Kim Yuhl is the content lead for Play-branded sites, including PlayUSA.com. She has experience writing and reporting on poker culture and the legalization and launch of sports betting in the US. Yuhl was a business story strategist for small businesses. She has a bachelor’s degree in communications.

Bart Shirley is a senior evergreen content writer for PlayUSA. He’s been writing and reporting on the gambling industry since 2013.

Prior to working for PlayUSA, Shirley was a feature writer for QuadJacks, a site covering issues in poker. He also writes for BonusCodePoker, a poker satire site that lampoons the lighter side of card games. Shirley is a graduate of the MBA program at Texas Christian University’s Neeley School of Business and has a degree in English from Texas A&M University. He grew up in Houston, TX, and lives in Katy, just west of Houston.

Shirley is also a former high school teacher. He is married, has one daughter, and practices Brazilian jiu-jitsu in his spare time.

Contributors on the PlayUSA team Darren Cooper is a sports columnist and writer living in Northern New Jersey. It’s a long way from where he grew up next to Lake Pontchartrain outside of New Orleans. He earned his Broadcast Journalism degree from Louisiana State University in 1992 and moved to the Northeast in 1998. He married an editor and his sister is an editor, so his writing has been evaluated and corrected for as long as he can remember. He’s devoted to his three boys, Saints football and seeing as much of the world as he can. Martin Derbyshire has more than 10 years of experience reporting on the poker, online gambling, and land-based casino industries for a variety of publications including Bluff Magazine, PokerNews and PokerListings. He has traveled extensively, attending tournaments and interviewing major players in the gambling world. Martin Harris is a writer and teacher living in North Carolina who has reported on poker and gambling extensively for many outlets since the mid-2000s. He has a Ph.D. in English from Indiana University and has taught at colleges and universities for over 20 years, currently doing so part-time at UNC Charlotte. He is the author of multiple books including Poker & Pop Culture (2019), a history of poker in the US. 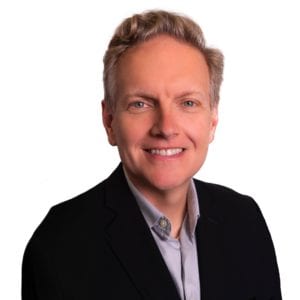 Brant James has been soaked with champagne in the winning locker room after a World Series and a Stanley Cup final, walked – carefully – from the barn to the paddock with Kentucky Derby colts on the first Saturday in May and ridden in a rally car with Travis Pastrana up Mt. Washington. The tail-hook landing on an aircraft carrier might have topped them all. Including stops at ESPN, SI.com and USA Today, he’s covered everything from hockey to motorsports, and now, sports betting. Reyna Gobel MBA, MJ writes stories on responsible gambling and diversity for PlayUSA. She spent her childhood watching the horses at racetracks before her family moved to Las Vegas, where she won several stuffed animals playing the horse racing carnival game at Circus Circus. Since then, she’s written about gambling, personal finance, health and pets. She’s published on Harvard Health, Reuters, Forbes Advisor, The Atlantic, The Wall Street Journal‘s Buy Side section and Today.com. She’s currently getting her third Master’s in Public Health at the City University of New York. Katie Kohler is a Philadelphia-area-based award-winning journalist. She is the managing editor at PlayPennsylvania and covers the Pennsylvania gambling industry with an emphasis on sports betting, online casino/poker and the lottery. Marc grew up on the mean streets of the South Bronx. He’s the rare combination of Yankees and Jets fan which explains his often contrarian point of view. Marc is a freelance writer and social media consultant. Writing about steak, booze, gambling and Las Vegas is a tough job but somebody has to do it. 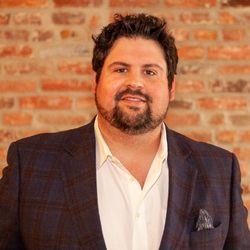 Phil Claroni is a television producer and writer who has worked on a variety of exciting projects covering history, politics, science, reality, and true crime. His work has appeared on television networks and streaming services such as A&E, CNN, PBS, Smithsonian Channel, TruTV, CMT, Roku, Quibi, Curiosity Stream, Investigation Discovery, Discovery UK, Reelz, and ZDF. He has also been published by Vox Media’s SB Nation and Outside In Literary Travel Magazine. He resides in Baltimore, Maryland with his wife, Andi, and dog Stella.

PlayUSA is one of many sites under the Play brand. If you’re looking for information on a specific state, you are sure to find it on one of the individual state sites below or here. Each team is an expert in their state, providing monthly revenue reports, industry news and covering the latest developments.

PlayUSA, along with the other sites in the Catena Media network, help to connect those interested in legal online gambling with legitimate gaming providers in their states. In order for us to do this, we undergo vendor licensing and registration requirements in every state where it is appropriate to do so.

If you are a member of the media, welcome! Thank you for visiting PlayUSA as a potential resource. We have assembled this page to assist you in your research and address any inquiries. We have a team of experts at the national and regional levels to assist.

If you want to learn more about how we can help you, please contact [email protected].

PlayUSA is growing! It seems like every month plays host to another gambling expansion in one of the 50 states. Since we are first and foremost a news organization, we always have something to write.