As this season of earnings calls for major casino firms rolls along, two words aren’t on the lips of corporate executives and analysts quite as much as earlier this year: supply chain.

That doesn’t mean all is back to normal. Gaming industry operators and equipment manufacturers continue to run into a range of hitches and glitches related to obtaining everything from computer parts for slot machines and bed sheets made overseas to American-made ketchup and beef.

But it’s just not as acute, and operators have grown accustomed to and adept at figuring out work-arounds.

“The reality is, we still have challenges, but it’s a combination of either finding different ways to do things or doing things with different things, or just not even noticing it anymore because it’s normal now,” says Steve Neely, general manager of Rolling Hills Casino about 90 minutes north of Sacramento. “We just have to be more patient and plan things further out. And that’s probably been the most difficult part for us, because it’s a very fast paced business and you don’t always have the luxury of time.”

One sign of progress: casino operators were pleased at last month’s Global Gaming Expo (G2E) in Las Vegas that most of the slot machines and other high-tech offerings on display were actually currently available.

“This year, you saw a lot more people show a lot of content that was available now, which was a higher portion than what we saw in the past for most people,” said Skyelar Perkins, senior director of slot operations for Choctaw Casinos and Resorts, in an online roundtable discussion helmed by Todd Eilers of Eilers & Krejcik Gaming following G2E.

Delays “don’t seem to be continuing to lengthen,” said Mike Gatten, senior vice president for slot strategy at MGM Resorts International, who agreed in the same discussion “It seems like it might have leveled off.”

In a statement to PlayUSA, IGT, the largest slot machine manufacturer, acknowledged challenges but said: “The majority of the products and solutions that we show at G2E are either currently available to customers, or will become available at some point during the first half of 2023.”

California’s newest casino, Sky River in Elk Grove, was a supply chain case study of the challenges and solutions. The $500 million facility, built in a partnership with the Wilton Rancheria band of Mi-Wok Indians, opened in August just south of Sacramento.

“The carpeting for the casino, we had to air freight it over,” Frank Scharadin, vice president of procurement and supply chain for Boyd, told PlayUSA. “Normally, you would send that on a slow boat, but we couldn’t ensure that it would get to the casino in time.” That’s some 100,000 square feet of carpeting flown in from the United Kingdom to avoid port delays.

The company also bought up second-hand equipment to have as a backup in case the new stuff they ordered didn’t make it in time, he says:

“We held it just as a guarantee in case the original brand-new network gear didn’t show up, we could plug something in and make sure those slot machines are lit up.”

The origin of the problem, of course, was the COVID-19 pandemic and its impact on shutting down factories around the world and stalling fleets of container ships in ports. The snarl and idling of thousands of containers, mostly in China, had a cascading effect around the world because the shipping industry didn’t have enough capacity to move products anywhere. “That made it so when we wanted to buy terry and linens from Brazil, where we actually buy ours from, normally it was $3,000 to get a container. We were paying $18,000 to get a container of the product,” Scharadin says.

More recently, the issue has shifted to moving product within the United States, too, because of a labor shortage in the trucking industry along with higher fuel costs, he says:

“They would tell us, and I’m talking about companies like Heinz and names you would know that just wouldn’t deliver because they didn’t have a driver on their side to move the product.”

Slots makers in particular have struggled for the past two years, since COVID-era shutdowns ended, to fill orders for new machines because of a dearth of the chips and other high-tech components that run them nowadays.

“Probably six months ago, it was like playing whack-a-mole,” says Konami CEO and president Steve Sutherland in a YouTube interview with Frank Fantini of Fantini Research on the sidelines of the Global Gaming Expo in Las Vegas in October. “You think you’d have something resolved and something would rear its ugly head.”

It’s gotten better, though, partly because of solutions such as redesigning circuit boards to “get access to chips that were more readily available” than the custom-made ones in the machines’ original design.

“Today we’re not playing whack-a-mole, but there are surprises that impact us. We see the end in sight, I think it’s probably going to be sometime next year.”

While the issue of obtaining products and materials in a timely manner still looms large, neither analysts nor executives raised the matter during the earnings for MGM, Las Vegas Sands, VICI Properties, Bally’s or Gaming and Leisure Properties.

Others did address it only to downplay concerns. Red Rock Resorts Chief Financial Officer Stephen Cootey, for instance, spoke on the firm’s October 27 earnings call of remaining on target and within budget for a $750 million local casino in the fast-growing southwest Las Vegas region that is due to open in fall 2023. “We will continue to execute on our early procurement strategy in a manner which seeks to minimize supply chain and inflation-related issues,” Cootey assured investors.

Indeed, several slotmakers declined PlayUSA interview requests to discuss lingering issues, and corporate members of the Association of Gaming Equipment Manufacturers have instructed the staff not to talk for the industry about supply chain problems with journalists.

In earnings calls, Caesars Entertainment was a significant exception, though. The company on November 1 blamed the dearth of materials and labor for weak numbers in Atlantic City during the third quarter of 2022. Inability to obtain a range of construction and furnishing materials kept rooms under renovation at Caesars and Harrah’s in Atlantic City out of commission for the summer, according to Brian Agnew, the conglomerate’s senior vice president of finance, treasury and investor relations.

“The intention as we began the project was that would be finished prior to peak season of ’22, [but because of] what happened to supply chain, we missed the peak season. The results you’re seeing in Atlantic City are a function of the construction disruption that we’ve had going on in that market.”

While IGT’s communications staff reassured PlayUSA that G2E products were fully in stock, the company’s CEO for Global Gaming, Renato Ascoli, told Fantini in a YouTube interview in October:

“The other huge, huge issue that we are still dealing with is supply chain issues. We do suffer from increased cost of some components and so we are trying to negotiate but this is not easy, at least for now. [And] probably the biggest issue is about capacity to deliver. At some point in time, we found ourselves in the condition not to be able to satisfy all our customers needs.”

Neely says that supply chain problems are also driving up costs that get passed along to customers. A scarcity of beef, for instance, is factoring into how to design and price new menus:

“We have to ask ourselves, ‘Is someone going to pay $19 for a French dip when it was $13 not that long ago? Do I just make the portion smaller? Or do I increase the price? … In the past, we would have multiple people we could go to to compare prices, to use one vendor against another. And those, those options have been reduced.”

Boyd’s Scharadin shares a similar debate in the run-up to opening Sky River. “Anything that was identified as a critical need was ordered in advance, and things that were noncritical that maybe we didn’t get, like, say the pattern of china for a restaurant, well, guess what? You’re going with standard white right now because it’s available, right?”

Problems also continue with repairs to slot machines, notably in a scarcity of replacements for bill validators. “We have always had a good supply on hand of bill acceptors to replace if one goes down so we’re not impacted as much as other people I know,” Neely says. “But normally, if we have two slot machines on our floor that are not in operation on a given day, that’s a lot for us. Right now, we’ve got about 15 games on the floor that are waiting on parts or something else from the manufacturer to allow us to get that game back.”

Resort renovations, too, are being delayed. At Rolling Hills, a plan to replace the magstripe-card locks on the 110 hotel rooms with an RFID-powered key system became a saga.

“It took about eight months for the order [for the locks] to actually be processed and manufactured and get everything in place where as, pre-pandemic, it would have been 30 to 60 days,” Neely says. “And then we had to wait for about another 90 days for some of the components on the IT side that talk to the doors to be available, and that pushed us back even further. Then getting an installer to come on site and do the work pushed it out even further because they’re having staffing issues. So the whole project we had hoped to have done a year and a half will go live end of next week. That’s just an example of what we’ve been dealing with for the last two years.”

A $100 million land-based Treasure Chest casino resort that Boyd is building to replace its riverboat property on Lake Pontchartrain near New Orleans will be a key test of whether supply chain problems persist, Scharadin says. The project broke ground last month and expects to open by early 2024, a quarter later than expected when it was announced in January 2022.

At G2E, Scharadin says, he focused most on figuring out from manufacturers what they could do in what period of time, a topic he never worried about much before COVID. “I would walk the floor and ask the guys, ‘Do you have the material to do this when I’m looking at?’ and they’re like, if you give us 90 to 120 days, we’ll be ready.’ I said, ordinarily, that’s a 60-day order. So, we’re much more meticulous about the logistics aspect and storing stuff ourselves to make sure we control it during the build process.” Scharadin says. “We used to not do that before, that isn’t typical.” 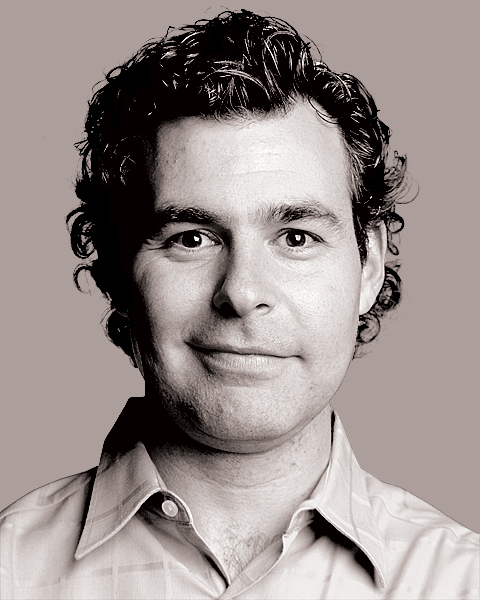