Gambling in the state of Florida is repeating back to the previous compact agreed upon between the Seminole Tribe and lawmakers in 2016.

A US Federal District Court judge’s decision to invalidate the 2021 deal between Gov. Ron DeSantis and the owners of Hard Rock International and its casino arm means FL sports betting in all forms (and roulette and craps) are no longer legal.

After a series of appeals, Seminole Gaming prompts to “temporarily suspend,” after a month of operation for controversial sports betting.

All this hardly means that gambling has become a settled and dull issue in Florida. Contrarily, the tussle to expand gambling has grown ever pitched and expensive as numerous groups seek to erode the Seminoles’ virtual monopoly in Florida.

Outside groups flooding Florida with cash for proposed ballot measures

Florida Voters in Charge, backed by Las Vegas Sands, spent $11.4 million in November pushing a proposed voter referendum to allow the casino giant to build a new facility near Jacksonville.

Florida Education Champions doled out $10.5 million of DraftKings and FanDuel cash in November, pitching a referendum that would legalize sports betting state-wide and open a fertile market to outside companies.

Both national market leaders in sports betting have interests in that. FanDuel contributed another $4.38 million to the effort in November, raising its overall stake to $15.5 million. DraftKings has contributed $22.7 million and deployed national social media personalities like Jessie Coffield to whip up signatures. 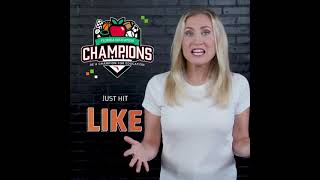 When it comes to legal sports betting in Florida, signatures matter for 2022

In addition, the voters in Charge have spent $27 million of Sands’ money for around 246,000 verified signatures. However, February is the official deadline for signatures. The end of the year is a more reasonable goal with a lengthy signature-verification process ahead.

Furthermore, the Seminole Tribe of Florida is pushing back with its Standing Up for Florida campaign. They used a widely circulated television ad spending $5.8 million in November.