This past week, the Nebraska Racing and Gaming Commission (NRGC) launched a self-exclusion program meant to protect gamblers.

The program’s launch came ahead of the historic opening of the first state-licensed casino this past weekend at Lincoln Race Course in Lincoln. Tom Sage, the NRGC’s executive director, said, the program is an important part of mitigating the effects of problem gambling.

“We recognize the excitement and anticipation for expanded gaming in Nebraska,” Sage said in a statement. “Having mechanisms in place to mitigate the effects of harmful problem gaming is key to regulating a professional gaming industry. We encourage everyone to learn the signs of problem gambling and use the voluntary self-exclusion program if you or a loved one has an addiction.”

What is self-exclusion and how does it work?

A self-exclusion program is designed to give gamblers a voluntary way to ban themselves from gaming establishments. Basically, the gambler fills out an application they submit to a state’s gaming authority. The application gives the state the authority to provide the gambler’s information to casinos. Casinos can then use the information to bar the gambler from entering a casino or remove them from the gaming floor. Self-exclusion can also result in gamblers being unable to join casino loyalty programs.

The NRGC’s self-exclusion form is made up of seven sections. The first section asks the gambler to select a self-exclusion duration. The choices are:

Sections two and three ask for personal information like gender and address. The fourth section is a series of 17 terms-and-conditions statements that require initials. The statements include acknowledgments of important information such as:

At the same time, a 2014 study that analyzed past studies found that, while effective in certain areas, self-exclusion programs fail elsewhere. For example, gamblers still wagered on non-restricted activities. Also, gamblers were willing to breach self-exclusion agreements.

So, while self-exclusion can be effective, the programs still need work. Constant evaluation and monitoring is a key. Researchers also suggest creating programs tailored to individual gamblers’ gender, age, and “cultural differences.” 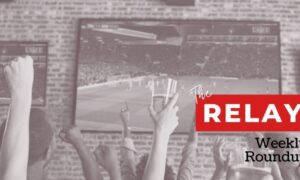