If Californians haven’t already worn weary of political advertising closing in on them, then it shouldn’t take much longer. The struggle for control over one of the gems of the online gambling industry, online sports betting in California, has begun.

Television ads encouraging Californians to vote one way or the other on a measure to legalize online California sports betting have hit the airwaves. The messages from both sides pertain to benefits for the state if the vote goes its way.

What are the California sports betting vote ads about?

The ballot measure in question is the California Solutions to Homelessness and Mental Health Act.

That measure officially qualified for November’s ballot last week. If voters approve, it would not only legalize online betting on sporting events in California but also provide some of the regulatory frameworks.

For example, sportsbook operators like BetMGM and FanDuel would have to partner with tribal casinos in the state to gain licensure. They would hand 10% of their gross revenue over to the state. The vast majority of that money, 85% of it to be exact, would support mental health programs and provide housing.

Why do people on both sides of the issue feel the need to drive the message home so fiercely? Online sports wagering in California could produce a lot of revenue.

A California coalition of businesses and organizations appears to be sparing no expense to see the Homelessness Act defeated in November. Over 60 tribal groups, most of which operate casinos in California, are leading that group.

Why would tribal casinos advocate against a proposal that would cut them into online sports betting? It’s all about control and playing the long game.

While this year’s proposal would include them, it would effectively make the state the regulator. Among the key differences in those circumstances is that in a tribal-controlled system, online operators would have to pay whatever price the casinos demand to get into the market.

In the state-controlled proposal, sportsbooks could play tribal casinos off each other instead of having to negotiate with an effective monolith. The idea of California tribal casinos acting as a monolith is already damaged, though.

According to Matt Kredell of PlayCA, the Big Valley Band of Pomo Indians and Middletown Rancheria of Pomo Indians have broken ranks. They have endorsed the California Solutions to Homelessness Act.

The reason might be that the Act tags 15% of the state’s revenue to support non-gaming tribes. For further context, these two groups operate casinos in less-urban parts of California.

Members of the two groups of Pomo Indians took part in recent television commercials to support the Act. 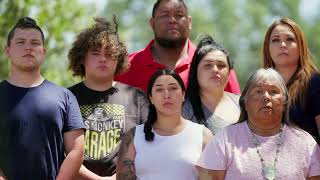 While support from these tribal groups might have been unexpected, it’s certainly welcome for interested parties. It also prompts consideration of other potential allies, some of which are not yet in the fold.

Both sides working to rally the troops

Many of the potential online operators who would benefit from the 2022 measure being approved have partnerships with sports properties in California. For example, Caesars, DraftKings, and FanDuel are tri-exclusive sports betting partners to the NFL.

If online sportsbooks can enlist those partners to support their messaging, it could prove a powerful counter to the opposition of the state’s teachers’ union. The CTA came out in opposition to the Homelessness Act last month due to funding issues.

The struggle over whether California online sports betting will be legalized this year is an arms race. In this case, the weapons are advertisements. The exchange of fire has just begun.

Derek Helling is a lead writer for PlayUSA. He is a 2013 graduate of the University of Iowa and covers the intersections of sports with business and the law.