Derrick Brooks‘ role with the Seminole Tribe is seemingly boundless.

A Hall of Fame linebacker with the former Tampa Bay Buccaneers, Brooks had just helped the Seminole Hard Rock Hotel & Casino on Saturday celebrate the paying out of its $1 billionth dollar this year in slot machine jackpots. He’d riled up the curious milling around the stage in the atrium of the new hotel, and welcomed winner Duane Kelloway up on the riser before helping present him a new black BMW.

He posed for endless pictures, most of which were snapped while dutifully wearing a mask underneath his stylish brim. After the stilt-walkers and Dixieland band had filed away, Brooks stuffed trip-hazard confetti streamers under the stage with feet that had chased down running backs for 14 NFL seasons.

He beamed and posed some more and shook hands throughout.

In a time when former pro athletes are becoming more comfortable aligning with gambling companies, Brooks has been there for years in regards to the Hard Rock and the Seminole Tribe. Florida’s most prominent Native American group lends its name as mascot of Brooks’ alma mater in Tallahassee and through the Hard Rock brand it owns has engaged in numerous layers of community involvement with Derrick Brooks Charities.

With legal Florida sports betting scheduled to open in that same Tampa casino – and Hard Rock’s Hollywood, Fla., property – on Oct. 15, would Brooks become the benevolent face of that new enterprise in Tampa Bay? Standing near the confetti and shiny BMW on Saturday, PlayUSA posed that and other questions to one of the area’s most revered athletes and philanthropists.

PlayUSA: You used to have to tackle someone or pick off a pass to get the locals so rowdy. What’s it like giving away that big prize?
Derrick Brooks: Oh, man. It was great. The thing about the Seminole Hard Rock Casino here, it has done a great job of being involved with our community and giving back and today it’s an extension of them showing their gratitude to all the people that have come here and played. It was an awesome day.

You’ve done a lot of work with your foundation through Hard Rock, right?
When you think about when they first came here, it wasn’t just a message of this being an entertainment option. It was about them being involved with our community and showing they appreciate today. I’m just grateful that they saw my foundation as a vehicle to show their appreciation and dedication to Tampa, and I’m blessed to have continued this partnership now from the first year that they started up through today. And again, every single year they’re involved with everything we do from our youth education programs to educational field trips, to, again, providing job opportunities for people that work through our foundation. Literally, people know that there’s so many opportunities to be involved here with Seminole Hard Rock Casino & Hotel. It’s not just coming here and gaming. It’s behind the scenes of a lot of things that they’ve been able to do. And I’m grateful that they saw my charity as a vehicle to do that. Is becoming a sports betting brand ambassador for Hard Rock of interest to you?
I think [our relationship] is much more than that. Obviously, sports betting is one of the options that they’re looking forward to. But for me, I look beyond that. What is the relationship involved with, not just the betting aspect, but the community piece? And that’s where, again, I’m going to go back to say I’m proud that they selected our foundation as a way to give back and extend that partnership.

Yes, it is exciting because I think the world has grown now with all the platforms that people have to engage in betting. And this is just one of them, but for me, the relationship goes much more than just being a face to say ‘Come do it.’ But I’ve been able to extend this partnership to meaningful community projects that they’re involved with. And that’s what I want people to understand.

But what if they asked nicely?
I’m comfortable with all aspects involving this property and the casino, the Tribe. They go all the way back to Florida State. Anything that they’re able to do, whether it’s related to the Tribe, related to this, I’m just grateful they would reach out to me to help me be a part of it.

How do you keep yourself busy when you’re not giving out BMWs?
My everyday job is working with Jeff Vinik and Vinik Sports Group as an executive that’s over our community and business development and relationships. So that’s what I’ve been doing since 2011, when I used to run the arena football team for Jeff Vinik. So I’ve just stayed on. And during the season, I’m the NFL appeals officer now, going on eight years. So I stay pretty busy being involved with the game of football and more importantly, involved in our two-time Stanley Cup champions here in Tampa. So again, I’m just excited for our bay area.

Are you a good-cop or bad-cop appeals officer?
Well, it’s fun. It’s fun because it is a position that was created by a collective bargain agreement. I’m a neutral arbitrator. So the NFL, when they feel guys that have committed an act, that they’ve been fined, for example, a late hit on the quarterback, I’m the guy that the players appeal to, to say, ‘No, I did do it.’ And I get a chance to arbitrate that. And I say, for the most part, I try to educate players and it’s my way of giving back to the game. But no, I don’t fine, I listen and I try to do the best job I can to serve the game.

Do the defensive players walk in thinking the Hall of Fame linebacker will understand?
I have stories over the years. … It’s important the defensive players understand that a former defensive player is in this position. So I go into it understanding that aspect of it when it comes to hitting. At the same time, it’s about me educating the players to let them know how much the game has changed and is looking to be safe. And the rules are different than when I played my 14 years. And it’s about letting the guys know, ‘Hey man, this game is just as important, but we’ve got a govern it a little bit different because we’re making it safer.’ And I do the best job I can to provide that education and be very fair to the players. 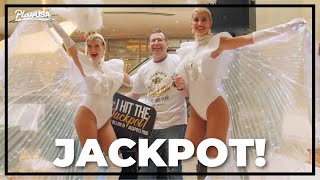