On October 15, only 38 minutes remained before the blue sign indicated that the new “experience” would open at Seminole Hard Rock Casino’s Pool Bar & Grill.

But 11 a.m. is the getting-hot time of day in Tampa, even in mid-October. And the more than two dozen contractors swarming the construction site appeared to be working themselves to a sweat as the first of the pool guests looked on curiously.

They climbed ladders, laced awnings back onto frames, drilled and drilled some more. Cleaning crews hustled to contain the debris behind them.

The space that welcomed the first lunch-seeking customer at 11:03 a.m looked very much like the previous iteration of the restaurant, right down to gaming machines in the marble counters.

But the restaurant was clearly being prepared to house the Seminole Tribe of Florida’s retail sportsbook in Tampa, whenever it and Hard Rock Digital are ready to go.  Construction is underway for a betting windows area at the foot of the escalators that lead to the pool. That the area, which was being installed with televisions on Friday, is so far from the actual sportsbook would seem to incentive mobile betting on Hard Rock Digital’s platform. That point was underscored away from the casino on Friday with Hard Rock Digital naming Droga5 as its creative marketing agency for the eventual launch. Inking that firm, chief marketing officer John Keller said in a release, is “squarely targeted at the millennial and the 21+ Gen Z customer” groomed to transact most everything digitally. Technically, the Tribe could have begun taking retail sports bets on Friday, by the auspices of the 30-year gambling compact it signed and had ratified by the State of Florida this spring. Maybe because the ultimate outcome of that deal remains mired in state and federal courts.

In ultra-simplified summation: multiple competing gambling interests in Florida – including one that has contacted Seminole Gaming about partnering if the compact is validated – have filed multiple suits to stop it.

An attempt at an injunction failed, but hearings are expected to begin by early November. The main point of contention is the so-called “hub-and-spoke” model that would allow the Seminoles to control state-wide mobile Florida sports betting with servers housed on tribal land. Though the plan received tacit approval from the Department of the Interior, even some tribal legal scholars consider it tenous legally.

Seminole Gaming CEO Jim Allen said at the Global Gaming Expo last week that the company’s betting platform was undergoing beta testing and would be ready for Friday.

It’s unclear whether a Nov. 5 hearing on the compact, or the logistics of hiring and building in Tampa and at the “Guitar Hotel” in Hollywood led to the launch delay. Either way, the Seminoles nudged close to being ready to take Florida’s sports bets at some point. Seminole Gaming also has yet to begin offering craps and roulette, which was also a part of the compact.

When will legal sports betting launch in Florida?

Information in lawsuits filed by gambling opponents and pari-mutuel interests seeking to stop the unprecedented state-wide mobile aspect of the compact assert that the Tribe planned to launch on Nov. 15. Seminole Tribe spokespersons have vehemently countered that no set date has been named. The target has been loosely described as this fall.

With the Seminole Tribe not taking bets or making any announcement about the opening of the future sportsbook, the timing on Friday felt almost coincidental.

Sixty new televisions have been installed in the corners of the slightly expanded Pool Bar & Grill, but it currently feels a lot more like a restaurant than a sportsbook.

It’s not exactly Circa’s Stadium Swim, but for Florida, it’s a start – whenever that start might be. 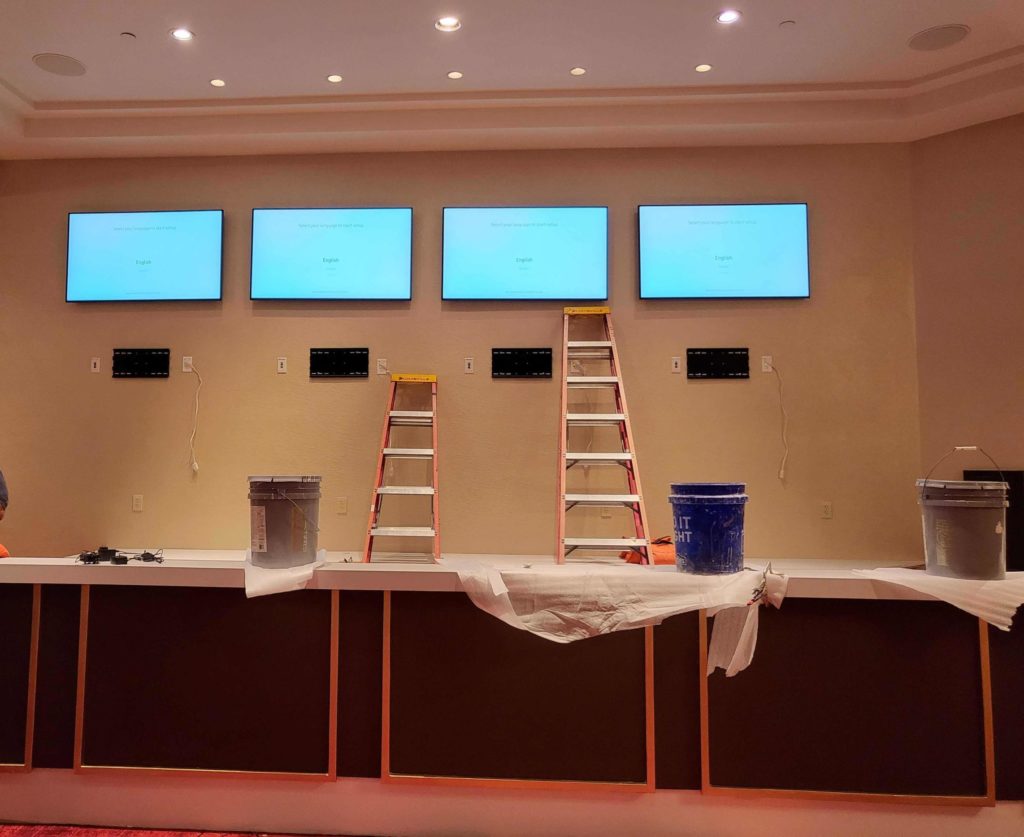