It’s November and the high temperatures have gone from 100 to 60 degrees since the last time we checked in with the things to do in Las Vegas for the month. This is the beginning of the holiday season in Las Vegas.

Before getting into anything newsworthy we should let anyone who plans on visiting Las Vegas during Thanksgiving weekend know that they should reserve a table at their favorite restaurants.

Unlike some holidays in Las Vegas, restaurants both on and off the Vegas Strip will be packed for Thanksgiving. Las Vegas locals want to spend the day cooking as much as tourists visiting. Plan in advance or face getting shut out at your favorite eatery.

Thanksgiving is just one weekend during the month. November in Las Vegas is the beginning of all year-end celebrations.

At Bellagio, November begins as a celebration of autumn. The floral display inside the Conservatory and Botanical Gardens will change over to its beautiful Holiday display on Nov. 19.

The Bellagio conservatory is always beautiful. The holiday display is by far my favorite every year. To use an unrelated phrase – it sparks joy.

While ice skating isn’t quite a celebration of a specific holiday, it’s a winter activity enjoyed by many. The Cosmopolitan transforms its Boulevard Pool into an ice skating rink. This unique location to skate overlooks the lights of the Vegas Strip.

The Cosmopolitan ice rink opens for the season on Nov. 15. In addition to skating, there are regular nightly “snow showers” and room to enjoy holiday drinks, smores and more.

Enchanted Las Vegas is making its way to the Vegas Strip for the first time at Resorts World on Nov. 19. The outdoor holiday experience has ice skating, a village, a maze, 100 foot tall Christmas tree and more.

There are holiday activities taking place throughout Las Vegas beginning in November and continuing through the end of the year.

Anyone with a car can drive out to the Las Vegas Motor Speedway to enjoy the Glittering Lights display beginning Nov. 10.

The Ethel M chocolate factory in Henderson transforms its walkable Cactus Garden into a holiday celebration with lights throughout beginning Nov. 4. It’s a nice relaxing space that’s open to the entire family.

Keep your eyes open as more events and attractions will be announced as the holiday season gets closer.

After months of drama, Adele finally begins her Caesars Palace residency this month. She’ll have at least four residency shows each month through March.

All of the other limited engagements for the month are artists returning to Las Vegas. A few have taken their talents to new properties this November.

Bruno Mars, Barry Manilow, Chicago, Katy Perry, Foreigner, Rick Springfield, and Rod Stewart have all announced they’re returning to Las Vegas for more residency shows next year. Rumor has it that Garth Brooks will return to Las Vegas with a new residency at Caesars Palace next year.

Even before the When We Were Young festival took place, organizers announced the music festival will return in 2023. Green Day and Blink 182 will headline the music festival next year. Tickets are already sold out for the event but there’s a waiting list for when more are released. You can see the full lineup here.

A new production show is opening at Wynn on Nov. 7. Here’s a preview of “Awakening” 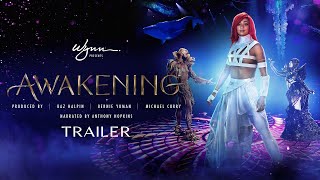 Las Vegas is a unique sports town. In addition to local professional sports teams, there are a plethora of touring and one-off events.

Tickets for the Las Vegas Grand Prix in 2023 are on sale as of Nov. 1. To celebrate the occasion, F1 is having an all-day launch party at Caesars Palace on Nov. 5. There will be cars on display and driving on the Vegas Strip as well as a question and answer session with drivers and even a VIP concert with The Killers.

A slew of restaurants and a couple of bars either just opened or will be opening for the holiday season.

(Gordon) Ramsay’s Kitchen will open at Harrah’s on Nov. 25. Expect similar dishes that you’ll find at his other restaurants around Las Vegas.

Las Vegas favorite Lotus Of Siam is opening its first restaurant inside of a casino this month. The new location will open inside Red Rock Casno on Nov. 11.

The Eiffel Tower at Paris Las Vegas now has a Caviar Bar. You can find the menu here.

Bacon Nation, the first 24/7 bacon concept restaurant in Las Vegas, is now open at The D in downtown Las Vegas. While the highlight of the restaurant is bacon, the area could use an all-night dining option after a night partying at the Fremont Street Experience.

The inventor of the Cronut, Dominique Ansel, just opened a bakery at Caesars Palace. If there are long lines, guests at the hotel can order food using the Caesars Eats app.

Palms continues to reopen venues inside the property. On Nov. 2, Vetri Cucina will serve up Italian food with gorgeous views of Las Vegas.

Palms is also hosting Brunched By An Angel on Nov. 11 and 12. Guests can drink, dine and engage with celebrity mediums. This event will also take place in December and January.

While we’re looking forward to December, Brewdog will open its first Las Vegas location on Dec. 2. The rooftop bar and lounge is located across the street from Park MGM.

The sale of The Venetian was completed earlier this year. The new operator is planning $1 billion in upgrades. All of the suites at The Venetian and The Palazzo will be renovated. Some of the other changes are already underway. There will be new restaurants and more entertainment. One thing that isn’t changing at The Venetian is the theme. That will remain.

Tilman Fertitta, the owner of Golden Nugget, has his eyes set on the Vegas Strip. He received approval to build a new casino diagonally across from The Cosmopolitan. Plans are sparse but the land is slightly larger than The Cosmopolitan. Fertitta filed for demolition permits for the land so construction should start sooner than later.

Fertitta just purchased 6.1% of Wynn Resorts stock. He’s now the biggest shareholder. What could he be doing?

It appears as though former Wynn Resorts CEO, Matt Maddox, might be looking to buy a downtown Las Vegas casino.

Rumors about the possible sale of the Flamingo by Caesars are getting quiet. The company missed its self-imposed deadline to sell the property. It seems as though the company can’t find a buyer for its billion-dollar price tag. Looks like the historic casino will remain part of Caesars Rewards for a while. During its Nov. 1 earnings call, the company confirmed that it won’t sell any Vegas Strip property.

Hard Rock is likely to take over operations of The Mirage before the end of the year. A leaked document shows that many of the restaurants and Beatles “Love” will remain open through next year. The name of the property could change in December and the volcano might not be destroyed right away as previously planned. Expect more information next month.

In October, Bally’s Corp. took over the operations of Tropicana. There won’t be any immediate changes other than a new rewards program. Old Tropicana rewards members can redeem my choice points and comps at M Resort.

Speaking of M Resort, the casino in Henderson will be getting a new hotel tower. The $206 million expansion will add 384 hotel rooms, meeting space and improved amenities.

Lastly, Bally’s transformation to Horseshoe Las Vegas should be completed before the year is over. Most of the changes inside and outside of the property are finished.