If you live in the US, the Super Bowl is inescapable. For football fans (and commercial lovers), that’s great. It’s the most anticipated day of the year and everyone’s watching to see what memorable Super Bowl moments unfold. More often than not, it delivers on the expected spectacle.

If you hate football, though … not so much, But that doesn’t mean you can’t find a way to make it more bearable.

If you want to bet real money on the Super Bowl, you can bet on the game any number of ways at legal online sportsbooks. We’ve even mapped out an easy way to spend $100 or less betting on Super Bowl 54.

This is for the less-than-enthused Super Bowl partygoer who wants to find a way to make the big game more interesting. For easy consumption, we’ve broken it down into three different formats:

Having a few bucks on the line makes everything more interesting. Even if you hate football, pulling for your bets to pay off is enough reason to pay attention to what’s happening on or off the field.

Super Bowl betting games can start as small as everyone throwing in $10 or $20. Here are some classic Super Bowl stand-bys: 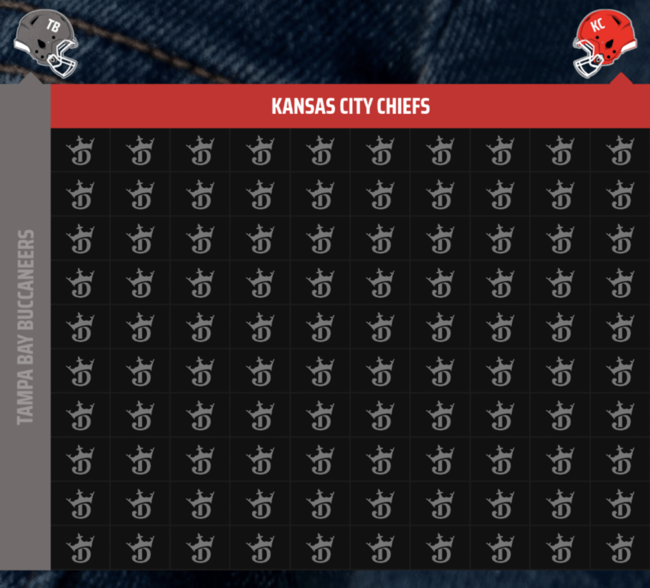 Super Bowl squares are a staple of Super Bowl parties or office pools. All you need is a poster board to create a grid format.

Anyone can buy squares. Once all the squares are sold, they’re labeled with numbers along the top and down the side.

If you’re confident that you can sell a bunch of squares at $1 or $2 apiece, you can make a 10×10 grid, which would give you 100 different squares to buy.

Next, label one side of the grid Chiefs and the other side Tampa Bay. You choose numbers one through 10 at random and fill in along each side. The squares correlate with the last digit of the scores at the end of a quarter, half or final.

If a square has a seven on the top row and a zero on the side row, and the score is 17-10 at the designated break, the player has a winning square.

Super Bowl prop bets get a lot of attention. This is a fun game you can put together with the most popular and enticing wagers of the day.

Everyone gets a sheet with a designated number of prop bets on them and fills them out. Here’s a quick example.

Sheets get tallied up as props get completed. The one with the most right wins the pot.

Last one with possession wins For this one, you’ll need to designate an object to be passed around, such as a football or plastic Solo cup.

Every time possession changes in the game, the person holding the object needs to pass it along. The last one holding it wins.

You can make this one as straightforward or as complex as you choose in terms of who gets first possession and rules on passing. 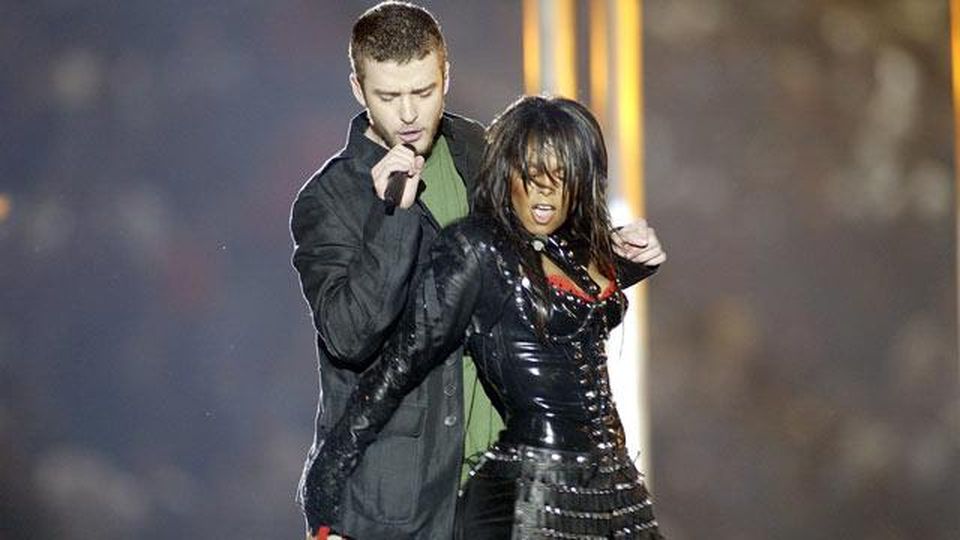 For those who aren’t all that into football, the halftime show can be the most essential part of the game. For those who couldn’t care less about halftime, this is an excellent way to keep them engaged as you keep the party moving along.

The concept is similar to the prop pool game. You’ll make up a sheet with things that may or may not happen during halftime. Some examples could be:

Set a buy-in for entry (say $5), make your picks, and the player with the most correct wins the kitty.

This simple game can keep interest rolling until the latter stages. You’ll need a hat or a bowl and an entry fee, like $1 or $5.

Inside the hat, put slips of paper with the names of the top 10-15 players (or however many entries) most likely to be named Super Bowl MVP.

Pass it around and let everyone choose a slip. Whoever is lucky enough to win this blind draw takes down the whole pot.

The exact length of the national anthem performance

Everyone makes a guess — to the second — on how long it’ll take the performer to complete their rendition of the song.

Rotate choices to make sure there are no duplicates. The closest guess wins, but there can be a split if two people wind up just a second or two away from the actual time.

These are just a few of the more popular Super Bowl betting games. Naturally, you don’t have to stop there.

Have an idea that revolves around halftime? How about commercials? Something to do with kickers? Get as dark or as humorous as you like.

If you can’t stand football but dig the halftime show and commercials, then this is your sweet spot. A few popular games from successful Super Bowl parties past include:

For this one, you’ll need to create homemade bingo boards with the squares filled in with the names of big companies.

When commercials run, participants check their boards to see if they have that company. The first one with five in a row wins. Making the Super Bowl interactive is a crowd-pleaser and this is a great way to do it.

Make up some cue or flashcards with a thumbs up on one and a thumbs down on the other.

Once a prominent commercial is over, then everyone votes. Naturally, be selective on commercials chosen, so you have time to debate the merits and shortcomings.

If it’s warm enough outside, get a football and a garbage can. Start with at a short distance and let everyone take a shot at throwing it in. Those who miss are out, while those who make it advance.

Move the distance farther away for each round until you’re able to crown a winner.

Note: You’ll be surprised how many people not wearing football jerseys will win this one. This one will bring many back to their school days. First, make a paper football.

Don’t worry, if you don’t have football fans in your group, someone will know how to do it.

Next, make a target that resembles a field goal and set it up on the table. Similar to the accuracy challenge, start close and move it farther away as rounds advance until you have the last person standing is the victor.

There’s also an alternative version of this game in which you use a quarter.

This one takes a bit more dexterity, so the interest level can heat up for those who have enjoyed a few adult beverages.

Hold the quarter on its edge under your index finger – like you’re holding for a real field goal. Then flick it with your other index finger to get it spinning on the table similar to a top.

While it’s spinning, clamp it between your thumbs. If you grab it without it falling, flick the quarter through the uprights with your thumbs.

Super Bowl Sunday is a festive time. As such, adult beverages will make an appearance at many gatherings. If you can’t stand football and haven’t got the faintest idea why you’re there, drinking, as they say*, fixes all (*Note: No one does or should say this).

If this describes the Super Bowl party you’re attending, then there are even more ways to keep it light and entertaining. For those who partake in spirits, these Super Bowl-inspired drinking games will lead you to the promised land. Here are a few game ideas:

Anytime Joe Buck or Troy Aikman says a designated phrase, everyone has to take a drink.

It can be a sports cliche, a famous name or any phrase that has a good shot at being uttered a few times during a game, such as:

When flags fly on the field, it’s time to drink up. For an added spin, you can tie the number of swigs to the number of penalty yards.

This one requires a little effort to get together. Similar to the prop and halftime pools, you’ll make sheets with random occurrences listed. Anytime one of the events happens, everyone has to take a drink.

The fun part is that you can include both game-related or unrelated items. For example, a 20-yard pass play could be a drink, as could a sack of a quarterback. The same could apply for a commercial with a dog in it or when an announcer says a specific phrase. View all posts by Chris Feery