Lightning Box is the brainchild of professional mathematicians who gathered a team of designers, developers, and illustrators to create innovative video slots, launching the company in 2004.

All games by Lightning Box are based on the mathematical model underlying some of the most popular casino games by Aristocrat and IGT. Moreover, all Lightning Box titles are online slots in different shapes and sizes and feature different themes.

Lightning Box has an omnichannel approach, meaning it develops games for land-based, online and social casinos. You can find the developer’s online slots in various online casinos, including Borgata, FanDuel, DraftKings, BetMGM, WynnBET and Caesars.

In the following Lightning Box overview, we’ll discuss what the company’s slots have to offer, along with its most popular titles and where to play them. We’ll also go over Lightning Box’s history and some frequent questions. 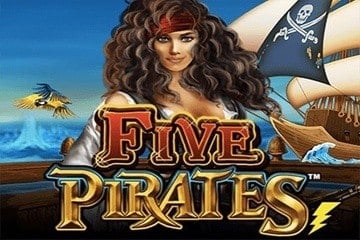 The underlying math model is the first feature that distinguishes Lightning Box slot machines. Since the creators are mathematicians, they ensured that the underlying algorithm delivers fairness as well as high-level entertainment. In other words, even though Lightning Box pays attention to game design and visuals, it still follows a math-first approach.

The slot machines are available in both online and land-based casinos, usually offering various features like free spins, multipliers, stacked wilds, locked wilds, expanding wilds and respins. One of the recurring features in some slots is the Lightning Respin. That feature activates if you get six or more lightning bolt symbols on the reels. In that case, they lock in place, and each bolt reveals a prize. The remaining symbols respin three times, and if any additional bolts land, they will also remain in place and show a certain amount. Once the feature ends, all prizes from bolt symbols are yours.

Lightning Box features more than 80 titles, most of which players like, so it’s a challenge to narrow down the selection to several we consider the best Lightning Box slot games. Still, we managed to find five titles that we enjoyed the most:

Angel’s Touch is a game inspired by heaven and angels. Even though the game might not be Lightning Box’s best work visually, it features an array of bonuses and exciting gameplay.

The game features low volatility and an average return-to-player rate of 95%. The grid structure is somewhat standard, with five reels and four rows each, where you can land a range of symbols, including angels, harps and golden gates. You can combine these on one of the 40 paylines available in the game.

Players who land three scatter symbols will trigger the free spin feature, but before it starts, you need to play a mini bonus game — popping clouds. Each cloud includes an enhancement, such as a multiplier, ending once you select a devil.

Arabian Rose is inspired by Middle Eastern tales, as told in One Thousand and One Nights. It’s a tribute and a nod to stories popular worldwide, including the one of Aladdin and the magic lamp.

It’s a medium volatility game, meaning there’s a balance between risk and reward. It features a five-by-three grid structure with 50 or 100 paylines — you can choose. The title’s RTP is around 94%, slightly below the industry average. Despite that, the game features superb gameplay and an array of bonus features, such as stacked wilds, bonus wild and free spins. To trigger eight free spins, you must land three or more scatter symbols on the reels.

Overall, Arabian Rose is a fun and exciting game with great design and, of course, solid math.

Astro Cat is inspired by Asian cultures, with the main characters being Japanese lucky cats. Chinese visuals inspire the overall design of the game. If you have experience playing Asian slots, you’ll get a familiar yet distinct vibe from Astro Cat.

The interesting eight-reel structure makes the game stand out from the pack. The four middle reels have four rows, whereas the four side reels (two to the left and two to the right of the central grid) have three rows. Thanks to the distinct grid structure, the game offers 1,296 ways to win.

Apart from the standard wilds and scatters, Astro Cat offers the innovative Reelfecta feature, which allows you to increase your prize up to 16x if you land it in the middle reel. Technically speaking, the game has five reels, but the center reel has 16 spots, and it’s where all the magic happens. Moreover, if you manage to lock in 12 wild cat symbols in the middle reel, you’ll be able to trigger a megaspin for huge prizes.

Visually, Dragon Palace is inspired by Asian culture and tradition, with elements such as iron-clad warriors, dragons and gold coins all over the place. The game is a good match for anyone who enjoys playing slots relying on the Chinese concept of fortune.

The game has a standard five-by-three grid structure with 256 ways to win. It’s a medium volatility slot with a 95% RTP and massive win potential.

The free spins round plays a central role in the game. Depending on whether you land three, four or five scatters, you’ll receive eight, 12 or 20 free spins. Whenever you land a win that includes a wild, the dragon will spit out a random multiplier between 2x and 15x, which will apply to your win. You can retrigger the free spin feature if you land additional scatters during it.

After being caught in a sea storm, you wake up on a mysterious island where you get to hang out with animals that can talk. This intriguing premise resulted in an even more exciting slot with fantastic visuals of animals, including a walrus, a monkey and a lizard.

Blown Away is a medium-volatility game with a 95% RTP. It features a standard five-by-three layout and 20 paylines. If you land three scatters, you’ll receive 10 free spins. In addition, if a random tornado arrives on the grid, you’ll get a respin with the lowest-value symbol removed, which means more chances to win high rewards. This feature is particularly interesting during the free spins mode when you can get up to a 7x multiplier.

Lightning Box games are available at many land-based and real money online casinos. If you aim to play the provider’s slots on the web, you’ll find a great selection of games at FanDuel, Golden Nugget and BetMGM. Moreover, you can try out their free online slots versions first before playing Lightning Box slots for real money.

FanDuel Casino started as a daily fantasy sports platform and expanded into a full-scale sportsbook after the US Supreme Court overturned the nearly nationwide sports betting ban. In addition, the platform started an online casino, offering hundreds of games from leading casino software providers, including Lightning Box.

Golden Nugget is one of the first online casinos, as it started operating in New Jersey in 2013. As of recently, Golden Nugget Casino online is owned by DraftKings. It’s one of the most popular online gambling platforms, especially in NJ, where it originated.

BetMGM Casino is a leading online gambling brand and is owned by MGM, a leading land-based casino company in the US. BetMGM online casino features 600-plus slots, several of which are from Lightning Box.

Peter Causley and David Little founded Lightning Box in 2004. Causley is the current managing director, while Little is the games director. The two had experience working on Aristocrat and IGT games and applied their knowledge to create their brand of casino slots. The company hired many talented developers and designers and currently features over 80 titles. It is headquartered in Australia, but its games are available worldwide.

Can you play Lightning Box slots on your phone?

Yes, most Lightning Box online slots are based on HTML5 technology and optimized to work smoothly on mobile devices.

Can you play Lightning Box slots in Vegas?

Since Lightning Box is also a land-based developer, you’re likely to find its games in some Las Vegas casinos.