NextGen Gaming is a renowned online casino supplier that has been around since 1999, establishing itself as one of the leading names in the online gambling industry. The company is known for its blockbuster video slots such as 300 Shields Extreme, King Kong Fury, Pillars of Asgard, and the Foxin’ series, to mention a few.

There are more than 240 NextGen games available in nearly 500 online casinos around the world. Apart from video slots, the studio also has a small catalog of scratch cards and table games.

This review of NextGen Gaming will cover the studio’s best titles and prominent features and tell you about trusted US casino sites that offer these games. 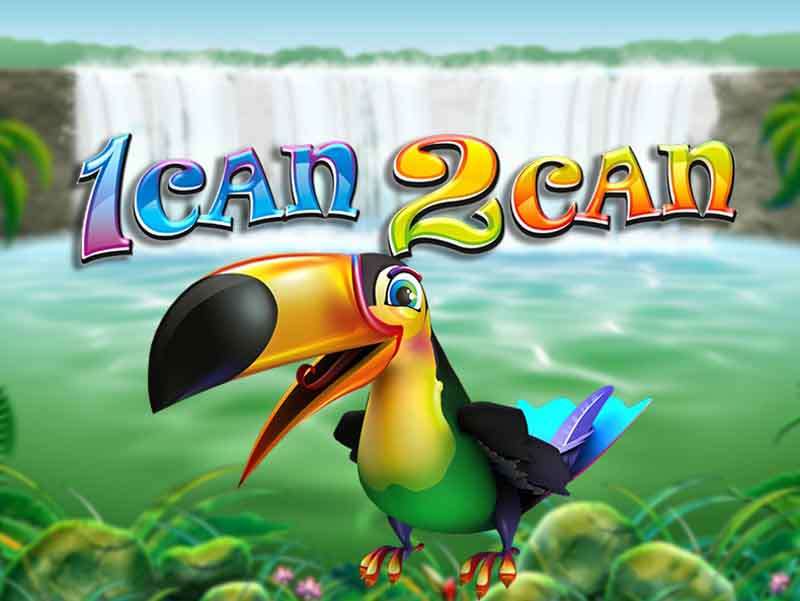 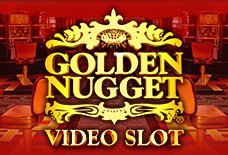 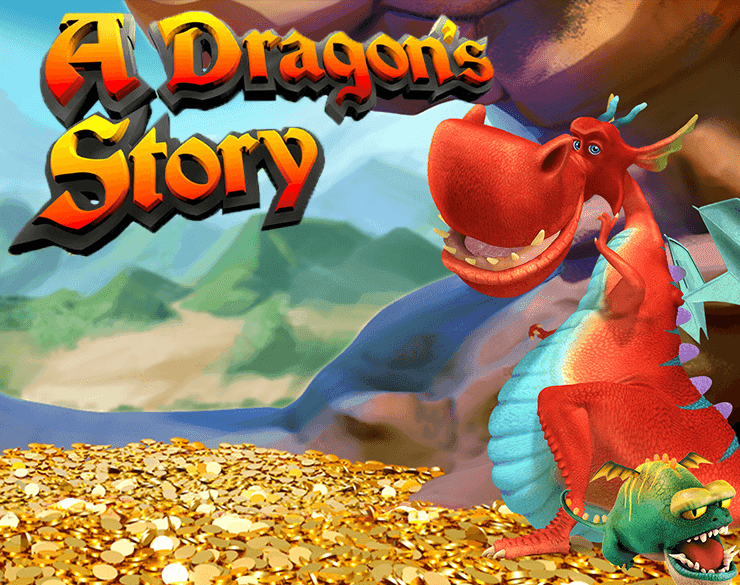 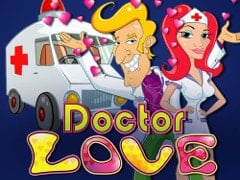 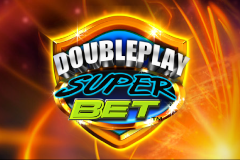 NextGen slot machines take inspiration from a variety of interesting themes. The supplier’s collection features several titles focused on historical events and eras, like Ramesses Riches, Call of the Colosseum, 300 Shields, Glorious Empire, Cleo’s Wish and others. There are also games inspired by movies and pop culture icons like King Kong, The Mask and James Dean.

One particular slot was so successful that it became a series. Foxin’ Wins was the first in many Foxin’ games, and the cartoony red fox sort of became NextGen’s mascot. Apart from the original, other popular real money slot titles from the series include Foxin’ Wins Again, Foxin’ Twins, Foxin’ Wins Football Fever, A Very Foxin’ Christmas and more. Medusa, another one of NextGen’s popular titles, also received sequels, including a Megaways release.

One of the highlights of NextGen slots is the Super Bet feature, appearing in several games. With this feature, you can control the number of reels where wilds are more likely to appear, all for a price, of course.

As for layouts and bonus games, NextGen sticks to the norm. Most games are laid out on a five-by-three grid with a fixed number of paylines, and some of the features include free spins, re-spins, multipliers and instant prizes. A Dragon’s Story is a fun NextGen 2015 release featuring goofy dragons. It plays out on a five-by-three layout with 25 paylines.

The game has a couple of distinct bonus features, starting with the optional Super Bet that increases the number of mini dragons below the reels. These mini dragons can randomly breathe fire onto the reels and turn any symbol into a wild. Meanwhile, every winning spin comes with a chance to land the Brave Sir William bonus that can award a multiplier of up to 1,250x.

Lastly, a standard free spins round triggers once three or more jewels appear on the reels. During free spins, all wins are doubled, and mini dragons have a higher chance of turning regular symbols into wilds.

There’s an overwhelming number of Egyptian-themed slots, so it’s not easy to be original when choosing this theme, but there’s no denying that NextGen did a pretty good job with Cleo’s Wish.

This five-by-three slot from 2017 might not look the part at first, but beneath a seemingly ordinary base game lies a set of unique features and mechanics that make it incredibly fun.

The Wish Upon a Wild feature triggers randomly during the base game and can turn any reel into a guaranteed wild reel, which means a wild must appear on that reel for that spin. Another intriguing base game feature is Sands of Fortune, which may turn all logo, scarab, bracelet, and ankh symbols into the same symbol.

There are also two bonus games — Cleo’s Parade and Eternal Riches — both of which trigger once three or more scatters appear. During Cleo’s Parade, the rightmost reel becomes a stack of wilds. After every spin, stacked wilds move one reel to the left, and the game ends once the stack reaches the first reel.

Doctor Love is another NextGen classic with a lighthearted theme featuring a quirky doctor and nurse. This five-by-three slot has adjustable paylines, giving you as many as 20 ways to win.

The free game feature unlocks once enough scatters (Love Meter) appear on the reels (with three, four and five scatters resulting in 10, 15 and 20 free spins, respectively). All free game wins are tripled, and the round can be retriggered if at least three more scatters appear.

NextGen is known for releasing a set of slots reminiscent of the old-school Vegas-style slot machines, one of them being Doubleplay Super Bet. However, despite having classic retro symbols like fruit, diamonds, golden bells, horseshoes and number 7s, this game is entirely modern, which is evident from looking at its NextGen features — Doubleplay and Super Bet. You can also unlock 15 free spins when landing three or more scatters.

Super Bet is an extra wager that increases the number of enhanced reels. You can choose to have one, three or five reels on which enhanced wilds can randomly appear. Double Play is also an extra wager that assigns a multiplier to each wild. Available Double Play multipliers are 3x, 6x and 9x, and they’re further doubled during the free spins round.

Both of these features are quite useful, as they give you control over how much you want to risk for a higher win potential. 1 Can 2 Can is a five-by-three slot that transports you to a tropical paradise with toucans as your loyal helpers. Namely, during each spin, the two toucans have a random chance of flying over the reels and adding one or more wild symbols.

Toucans can also add a scatter, and if three scatters appear, you’ll win 10 free spins. During the free spins round, toucans may add even more wilds, up to three per reel. Also, 1 Can 2 Can allows you to adjust the number of active paylines between one and 25.

Here are some more popular slots from NextGen Gaming:

Where to play NextGen slots online

There are a few regulated US real money casinos that feature some of the NextGen slot games we mentioned in this article, and our top picks are BetMGM, Caesars, and FanDuel.

At these top casino sites, you will also be able to play NextGen slots for free in demo mode before playing their real money versions.

Even though NextGen doesn’t have a dedicated section in the BetMGM casino, unlike NetEnt, IGT, Red Tiger, and some other studios, you’ll find plenty of the provider’s games by browsing the entire list of titles or by manually typing the names in the search box.

Caesars online casino is another regulated online casino that hosts a great collection of NextGen titles. Like BetMGM, Caesars doesn’t have filtering options that let you see all of the studio’s games in one place, so you must type in specific titles in the search box.

Some of NextGen’s hits we found in Caesars include Cleo’s Wish, Doctor Love, Doubleplay Super Bet, Jackpot Jester Wild Nudge and 300 Shields Extreme, among others.

Although it’s mostly known for DFS and sports betting, FanDuel has a phenomenal online casino, as well.

With just around 200 titles, FanDuel online casino is not the most versatile US casino when it comes to video slots, but all the games are of great quality, coming from industry-leading studios. The casino includes only NextGen’s best video slots, such as Merlin’s Millions Superbet, Jackpot Jester 50K, King Kong Fury, and Volcano Eruption Extreme, to name a few.

NextGen has a few titles that feature fixed jackpots, but it has no progressive jackpot slot games in its collection.

Can you play NextGen slots on your phone?

Yes, you can. Despite some of NextGen’s slots being a little outdated, most will work on your mobile browser or the mobile casino app.

Can you play NextGen slots in Vegas?

NextGen software is available both online and in land-based machines, though it varies from casino to casino on which slot providers each one offers.

Tony McAuslan founded NextGen Gaming in 1999. The company was originally based in Sydney but later expanded operations to Europe, namely Stockholm and London. In 2011, NYX Interactive acquired NextGen.

Over the years, NextGen received numerous awards, both as a standalone studio and as part of NYX. Some of the most notable awards have included the eGaming Review B2B Award for RNG Casino Supplier of the Year in 2013 and the EGR Awards Special Achievement Award in 2014.

As of 2018, the studio is under the wing of Scientific Games (now Light & Wonder), which acquired NYX Interactive.