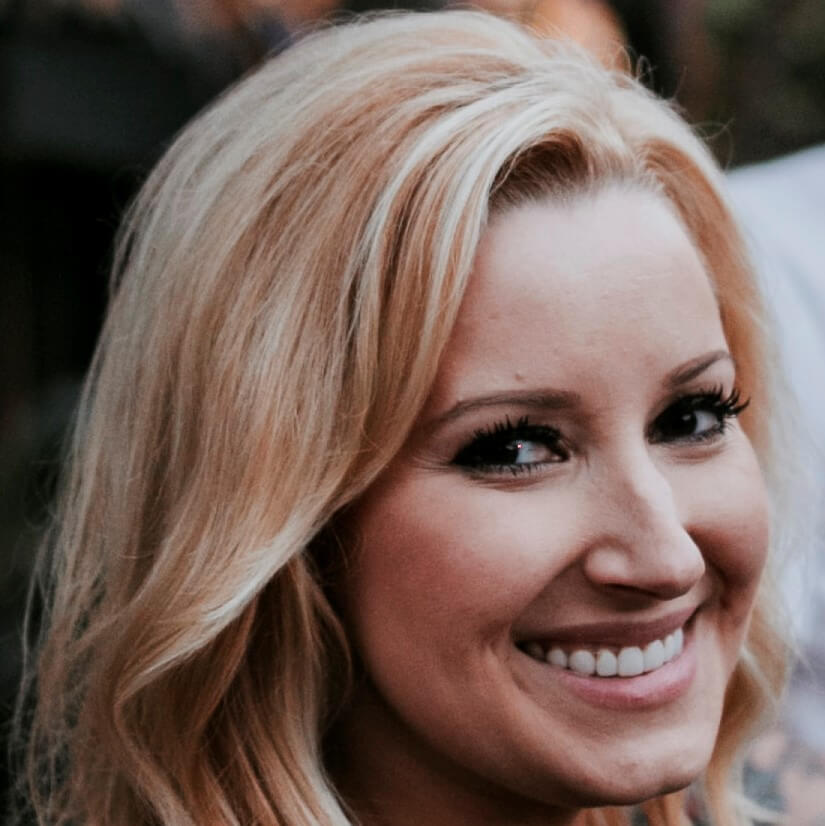 It’s a great time to be a poker player in Michigan.

Is online poker legal in Michigan?

In fact, online poker has been completely legal in Michigan for more than a year. The Lawful Internet Gambling Act was signed into law in December 2019.

Since then, the Michigan Gaming Control Board had ample time to get it’s regulatory Is dotted and Ts crossed. Finally, the wait for online poker in the Great Lake State is over.

Flutter Entertainment, which owns PokerStars, became partners with the Michigan-based Little Traverse Bay Bands of Odawa Indians Gaming Authority in January 2020. The purpose of the partnership was plain: to secure an online gambling license in the state.

Since PokerStars is not Flutter’s only product, there are no doubt plans in the work to integrate sports betting and online casino play into the app, too. The timing of this integration is unclear, but you can rest assured that it is coming.

Of course, MGM Resorts and Caesars didn’t plan to let Stars have all the fun. The BetMGM and WSOP/888 poker site launches mean there are now three online poker rooms available in Michigan.

The Lawful Internet Gambling Act signed into law December 2019 includes “interactive poker” among the varieties of online “casino-style games” that licensed internet gaming operators will be allowed to provide.

The law authorizes the Michigan Gaming Control Board to “administer, regulate and enforce the system of internet gaming” it establishes. That means the state’s regulators are in charge of overseeing online sportsbooks, online casinos, daily fantasy sports and online poker in Michigan.

In other words, when legal Michigan poker sites arrive, it will be fully legal and regulated, which will help ensure the fairness of the games, the security of players’ funds and players’ protection against fraud.

Can I play online poker in Michigan?

You also have another option that you can explore, if you like. Sweepstakes poker sites exist as an alternative to real-money online poker. The most popular sweepstakes poker site is Global Poker, which welcomes players from Michigan and almost every other state in the US.

Players purchase Gold Coins, which, when compared to real money poker sites, might be thought of as “play money.” These can be used in Gold Coins cash games or tournaments, although they have no actual monetary value.

However, when purchasing Gold Coins, players receive Sweeps Coins as a poker bonus. Sweeps Coins can be obtained in other ways as well, such as through Facebook giveaways or even by writing Global Poker and requesting them (as is required of other kinds of sweepstakes).

Sweeps Coins are usable to play cash games or tournaments, enabling players to win more of them. Then after accumulating a minimum amount, players can exchange Sweeps Coins for US dollars and cash out.

The short answer is no. Ever since April 2011 when the “Black Friday” indictments and civil complaint forced the world’s largest online poker sites out of the US, several other operators of varying sizes and quality have continued to accept US players.

These offshore online poker sites — because they all operate outside of the US — have varying reputations among players.

They also involve considerable obstacles when it comes to banking options since the sites have to work around the Unlawful Internet Gambling Enforcement Act of 2006, which restricts US banks and other financial service providers from allowing transactions with these non-US gambling sites.

These sites are not licensed or regulated in the US. As a result, players are at the mercy of the sites when it comes to the integrity and safety of their funds.

There have been multiple incidents of these “rogue” offshore sites that close and make off with players’ money. Players then have little or no recourse to try to recover their funds. Players on these sites also tend not to have options should they suspect cheating, collusion, ghosting, multi-accounting or other types of fraud.

By contrast, playing on a licensed and regulated Michigan poker site ensures careful monitoring and prohibition of such activities, making them a much safer alternative for online poker players.

Michigan is a poker-friendly state. Besides having passed legislation to introduce online poker, there are many ways players in Michigan can play live poker that is permitted by state law.

The Michigan Gaming Control and Revenue Act, signed into law in 1997, outlines what types of gambling are allowed in the state, including poker.

Among the types of gambling covered by that law are those falling under the heading of “casino gaming,” including “gambling games.”

A “gambling game” involves “any game played with cards, dice, equipment or a machine, including any mechanical, electromechanical or electronic device including computers and cashless wagering systems, for money, credit, or any representative of value.”

Examples subsequently listed include online blackjack for real money, roulette variants, craps, baccarat and a host of other gambling games, including poker.

Yes, home poker games are legal in Michigan, as long as there is no collection of rake or fees.

The Michigan Gaming Control and Revenue Act explicitly allows “games played with cards in private homes or residences in which no person makes money for operating the game, except as a player.”

Michigan is home to three major commercial casinos and about two dozen tribal casinos, and practically all of which have poker rooms. In fact, there are several dozen brick-and-mortar cardrooms throughout the state, including those in casinos, bars, lodges, standalone poker rooms and charity poker rooms.

Here is a comprehensive list of more than 60 poker rooms in the state, all of which highlight no-limit hold’em primarily, although some cardrooms additionally spread fixed-limit hold’em and other games.

Larger rooms also often run daily or weekly tournaments, with the largest ones such as at the FireKeepers Casino Hotel occasionally hosting midmajor tournament series as well.

When it comes to legal gambling in Michigan, the state first legalized pari-mutuel horse racing in 1933 and the state lottery in 1972 — in both cases relatively early compared to other states.

It wasn’t until the 1990s, however, that Michigan introduced other forms of legal gambling, including poker.

In 1993, came the first Native American casino after the state signed a compact with the Saginaw Chippewa Indian Tribe, with several other compacts with different Michigan-based tribes and the opening of more tribal casinos following.

In 1996, voters in the state passed by a narrow margin a proposal to allow three commercial casinos to be built in Detroit, and the Michigan Gaming Control and Revenue Act became law in 1997.

The MGM Grand Detroit was the first to open in July 1999, followed by MotorCity Casino Hotel in December 1999 and Greektown Casino-Hotel in November 2000.

As noted above, poker is among the gambling games allowed in Michigan casinos, with the game also permitted in other licensed brick-and-mortar locations as well as in nonprofit home games.

However, the following year, the state passed Public Act 185, thereby repealing SB 562. That meant from the year 2000 forward, Michigan didn’t have a specific prohibition on the books outlawing online gambling, leaving the state in a kind of a legal gray area on the matter.

By the 2010s, lawmakers in the state took up the idea of explicitly passing online gambling legislation. After about three years’ worth of effort, a bill called the Lawful Internet Gaming Act was introduced in the state’s Senate as SB 889.

The Senate Regulatory Reform Committee voted in favor of the bill in June 2016, but it stalled after that and was not brought up for a vote by the entire Senate.

After sitting dormant for several months, that bill was reintroduced during the 2018 session and was passed by the House. The Senate then amended the bill and passed it in December 2018, and after the House passed that version as well, it was sent to Gov. Rick Snyder for his signature.

Alas for the bill’s proponents, Snyder chose to veto the bill along with about 40 others, his final actions before leaving office. It was back to the drawing board for Michigan legislators.

Incoming Gov. Gretchen Whitmer had already signaled her support of legalizing sports betting during her campaign.

As 2019 progressed, it became clear that she was also favorable to expanding other forms of online gambling in the state, including online poker.

As the year came to a close, a package of bills legalizing online casinos, sports betting and online poker were ultimately passed by both legislative chambers. It was under the collective title of the Lawful Internet Gaming Act or H 4311. Whitmer signed the bills into law on Dec. 20, 2019.

There was one important change made to H 4311, namely, the removal of the clause explicitly allowing Michigan to enter a multi-state compact with other states to share player pools.

Such a compact was not forbidden, either. However, it is unclear whether or not the lack of a specific provision might present difficulties down the road should Michigan online poker sites wish to form such alliances.

Nevertheless, online poker giant PokerStars opened its virtual doors in Michigan in January 2021, and BetMGM Poker followed in March 2021. The population inside the Great Lakes State is a large enough pool to get started.

What does the future hold for legal online poker in Michigan?

As noted above, 2021 should be a banner year for online poker. Along with the already-launched PokerStars and BetMGM Poker, there is the potential for more sites depending on future partnerships.

With a population of just over 10 million, Michigan is the second-most populous state, thus far, to have legalized online poker (behind Pennsylvania).

Even so, the ability of those sites to join multi-state compacts with others will be a crucial factor affecting the success of Michigan online poker. Time will tell if joining the Multi-State Internet Gaming Agreement (MSIGA) is in the cards for Michigan.