This 5×3, 25 payline game features stacked goddess wilds and the Big Hit and Extra Bonus Bit Hit respin feature that each triggers free spins and gives you the chance to win cash awards and a grand prize bonus of $30,000. Follow the goddess and see the big moon appear for even bigger prizes. 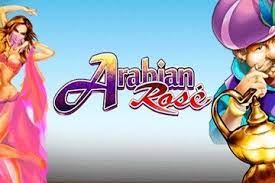 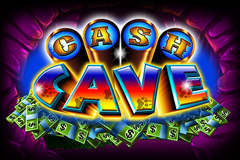 How Mystic Moon slot could improve

You won’t need to be a mystic to see the areas where Mystic Moon could be improved:

Become enchanted by playing the demo of Mystic Moon you can find free games here on this page. First, click on the plus and minus icons next to the “Total Bet” to select a bet from a range of $0.50 to $20 for 25 paylines. Next, press the arrow button to start looking for the big moon. You can bet as much as you like since all you need to do if your credits run low is click on the page-refresh icon.

To try to win the jackpots from real money online slots, just look for Mystic Moon at a licensed online casino, such as FanDuel or PokerStars. FanDuel Casino has bonuses, sweepstakes, and a Play-it-Again free-credit reimbursement bonus. PokerStars Casino has slot races, a rewards program, and a welcome bonus.

Bonuses and jackpots for Mystic Moon (Rating of 3.75/5)

In addition to beautiful graphics, Mystic Moon also has a number of bonus features.

Goddess wilds appear on reels two through five during the main game as single symbols and stacks of two or three. A stack of goddess wilds becomes locked throughout the free spins.

During the main game, a “Bonus” upgrade can appear on any symbol on reels two, three, and four. If you receive three “Bonus” upgrades, a box appears where you can spin for the mini, minor, or major jackpots.

Grand prize: The grand prize can be awarded randomly, or when you accumulate the equivalent of 15 moon-scatter symbols during the Big Hit or Extra Bonus Big Hit features.

When six or more mystic moons appear during the main game, they’re locked into position, and each moon displays one or two free games that are accumulated and played once the feature is complete. The remaining positions respin while tracked by a counter that starts at three. Each time a new moon scatter appears, it displays a cash award of 1x to 50x your total bet, and the respin counter is reset to three. You’ll also receive a scatter win of 2x your total bet.

A mega-symbol moon can appear that covers reels two, three, and four and locks into position for the Big Hit feature while reels one and five respin. The big moon counts as nine moon scatters toward the 15 needed for the grand prize and awards nine to 18 free games that are played after the respins are complete. The rest of the gameplay is identical to the Big Hit feature.

During free games, a stack of goddess wilds stays locked on reel five for the duration of the feature. The grand prize can’t be triggered during the free spins.

If Lisa Frank designed symbols for a slot machine, they might end up looking somewhat like the ones found on Mystic Moon. The symbols are very pretty, with vibrant blue and purple hues that have a bright, neon quality. The dolphin looks lifted right off of a ’90s middle-school notebook cover. The seashell, castle, and pearl are also embellished with that same shimmery pink glimmer. The dreamy, colorful look is very pleasant to the eye and fits the theme nicely.

While the bonus features on Mystic Moon are fun when they’re triggered, the low payouts you experience from even the highest-paying payline symbols take away from the excitement of stacked wilds and five-of-a-kind wins. All the beautiful graphics and fun features in the world can’t make up for disappointing low payline wins. If the game had included multipliers for higher payline wins during the main game and free spins, we could give the game a higher rating.

Overall rating for Mystic Moon by Ainsworth (Rating of 3.7/5)

Mystic Moon slot machine is a colorful, visually appealing game with fun features and an enchanting theme. While we wish there were multipliers for bigger payline wins and a higher-quality sound design, the game is a lot of fun to play the way it is. If you haven’t played Mystic Moon up until now, you should definitely give it a try and see if you can trigger the big moon bonus. Considering the pluses and minuses, we give Mystic Moon a rating of 3.7/5.