Rate This Game
(3/5)
Submit
When submitting my score I agree that my IP will be stored to prevent abuse
Enjoy Free Sweepstakes Everyday - US Players Accepted
1
Visit Funzpoints Casino
$22.50 FREE
New Player Welcome Bonus
Funzpoints Casino Review
US Players Accepted
$2.50 in Premium Funzpoints at Sign Up
+ Up to $20 Free With Your First Deposit
PLAY NOW
BOTTOM_TEXT
CHUMBA ACCEPTS US PLAYERS & HAS CASH PRIZES
1 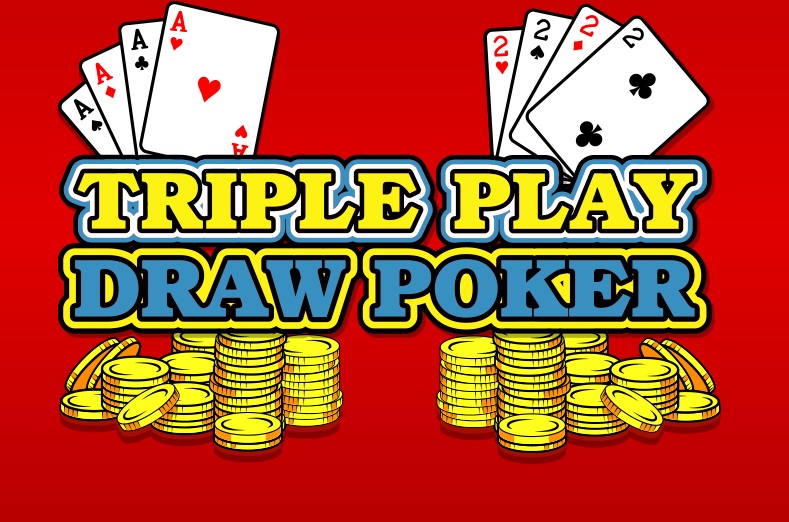 Regal Poker is a variation of the classic Jacks or Better video poker game. As the name implies, you’ll need to have a hand that includes a pair of jacks or better to win a pay-out. While Jacks or Better has been around for many years in live casinos, this variation of the game is relatively new. This version sees added prizes for landing those eye-catching 4 of a kind wins.

In Regal Poker you’ll find a single drawing round. You’ll get to choose to hold or discard any or all of your cards. The biggest prize available is for a Royal Flush which will see you win an impressive 800 coins. Look out for those bonus prizes when landing 4 of a kind, with the largest payout coming for four Aces.

Regal Poker can be played at online casinos in regulated states including New Jersey and Pennsylvania.

This page details exactly how the game works, payouts, the key differences between Regal Poker and Jacks or Better and the optimal strategies behind playing the game.

How to Play Regal Poker

You’ll have two choices to make before playing your first hand of Regal Poker – the coin size and the bet per line.

When playing video poker for real money, this is an important decision, as the house edge changes based on different bets per line. If you play a single bet, the top prize for a Royal Flush is 250 coins. Two, three or four bets see this prize rise in line to 500, 750 and 1,000 coins. However, play for the maximum 5 coins and the prize rises to 4,000 coins.

If you play the maximum 5 bets, the house edge for Regal Poker is just 0.83%, while any other bet size increases this edge to more than 2%.

As a rule, therefore you should always play for 5 coins. If you wanted to play a game for 50c for example, play five coins at a 10c coin value, instead of one coin at 50c.

Having set your stake, you’ll hit deal and your opening five cards will be revealed. You’ll now get to hold any or all of the five cards by clicking on them. Each chosen card will now say ‘held’ and hitting deal again will see all of the non-held cards replaced. You’ll now have your final hand, and if it’s a winner you’ll get paid out.

Remember, you need a poker style hand of a pair of Jacks or Better to win Regal Poker.

The Pay Table at Regal Poker

Here is a list of the payouts you’ll receive when playing Regal Poker:

Differences Between Regal Poker and Jacks or Better

While the game plays in essentially the same way, there are some subtle changes to the pay table between the two games. In Jacks or Better there is a set payout of 25 coins when landing any 4 of a kind hand. As you can see above, the payout increases in Regal Poker to 80 coins when hitting 4 Aces and 40 coins when hitting 4 2s, 3s or 4s.

You might therefore immediately think that you should simply stick to Regal Poker with these added bonuses. However, this is offset by slightly smaller payouts for the Full House and Flush.

In many versions of Jacks or Better you’ll receive 9 or 6 coins for these hands respectively (full paytable), while in Regal Poker, you’ll win 8 or 5 coins.

Overall, the house edge is fractionally less in Jacks or Better (which makes it better for the player), although this is offset by more variety and excitement that the improved 4 of a kind prizes offer in Regal Poker.

While in many cases the strategy for Regal Poker is straightforward and intuitive, there are some handy pointers to bear in mind:

If you have a high pair, for example, you should hold those paired cards over four cards to a flush, or even three cards to a Royal Flush. A high pair in Regal Poker is considered to be jacks, queens, kings and aces (jacks or better).

While low pairs don’t seem impressive, as there is no immediate prize, you should be holding these over hands like open-ended straight draws, a three card straight flush draw or a pair of suited high cards like Ace-King. This might seem strange at first, but you’ll soon realize that these low pairs often improve to 3 of a kind, two pairs, full houses and those all-important 4 of a kinds.

If you draw a non-impressive hand, with no straight or flush possibilities, you should be holding the high cards. For example, if you have an Ace and a Jack on the board, hold them both, and hold those single high cards too. The only time you should discard all five cards is if you have no flush or straight chances and all cards are lower than a jack.

Regal Poker is a fine choice if you want to play a game that is a little different to the norm. Those added 4 of a kind wins give the game an extra spark, and can make things more exciting when you have two or three aces on the board. This game features all of the strategy decisions you’ll make in Jacks or Better and more.

You can now enjoy the game at online casinos in several states – currently NJ, PA, MI and WV are regulating online sites and you can expect more to join the fold. Regal Poker can be played alongside many other video poker formats.