While the name suggests this 5×3 slot is a sequel, a close examination of the differences make it seem more like an alternate version. While it still boasts the Super Stack feature, the maximum bet is higher, the premium symbols have higher payouts, and the paylines have shifted from 40 to 20. Now let’s take a look at what this slot has to offer. 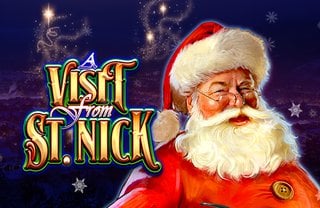 Art of the Steal Slot Game While the higher payouts are a welcome change, we’d still like to see these upgrades on Platinum Goddess Extreme:

Seek favor from the goddess while playing the free demo of Platinum Goddess Extreme we have available for you right on this page. To get started, click the arrows to select 20 to 100,000 credits for a total stake range of $0.20 to $1,000 for 20 paylines. Next, press the arrow button to start your adventure. You can bet as much as you like to since when playing free slot games you just have to refresh the page whenever you’re running low on credits.

To go on a quest for real money slots, just sign up at a reputable, licensed online casino, such as FanDuel or PokerStars. FanDuel Casino has bonus prize sweeps with a huge prize pool, a Play-It-Again free-credit reimbursement bonus, and daily bonus opportunities. PokerStars Casino has a daily mystery bonus and welcome bonus, and it allows you to cross over into the poker room or sportsbook using a shared wallet (no need to create another account).

Bonus and jackpots for Platinum Goddess Extreme (Rating of 3.5/5)

One difference you’ll see when playing the Platinum Goddess Extreme game is that “Extreme Win” will pop up with big wins. Other than that, the bonus features are the same as the previous version.

The Platinum Goddess wild can appear on any one of the five reels as a full stack of symbols. Since you’ll receive 1,000 credits for five-of-a-kind, a full screen of wilds pays 1,000x your total wager.

Before each spin, a symbol is randomly chosen to appear as a stacked symbol on each reel during the main game. The symbol may be the rose scatter, a premium symbol, or a card symbol. When stacks of a matching premium symbol appear in three or more rows, it transforms into a 3×3, 4×3, or 5×3 animated mega symbol.

When three rows of stacked rose scatters land, they trigger a pick feature that signifies the start of the free spins bonus round with seven free games. Picking a rose reveals which premium symbols will fill all Super Stacks that appear during the free spins bonus, which is played in a new scene with statues, vases, and Greek columns.

The symbols and graphics of Platinum Goddess Extreme are identical to the original version, including the sun-kissed meadow and Greek-styled structure. The symbols also include card symbols, Aphrodite, Perseus, Pegasus, and a dove. You’ll still find the rose is the scatter and the Platinum Goddess logo is the wild. It’s surprising that the developers didn’t make any additional changes or upgrades to the graphics when releasing this new version.

While Platinum Goddess Extreme solves the issue of low payouts that were in the previous version, it still doesn’t address the lack of variety in gameplay and the low number of free spins. Seven free spins with no retriggers is much lower than most other slots, and additional features, such as a side game or multipliers, would have added more excitement. It’s a shame the developers didn’t take the opportunity to make a true sequel rather than just release a nearly identical slot with just a few added tweaks.

Platinum Goddess Extreme slot machine, like the previous version, has great visuals and is fun to play due to the Super Stacks feature. It’s disappointing they didn’t make more changes to the game to really bring it to another level, but the higher payouts on the premium symbols help make the Super Stack feature much more exciting. If you haven’t played either slot, you should try them and see what differences you notice. Weighing out the pros and cons, we give Platinum Goddess Extreme a rating of 3.6/5.